Turkish future fighter comes together ahead of ‘victory day' roll-out 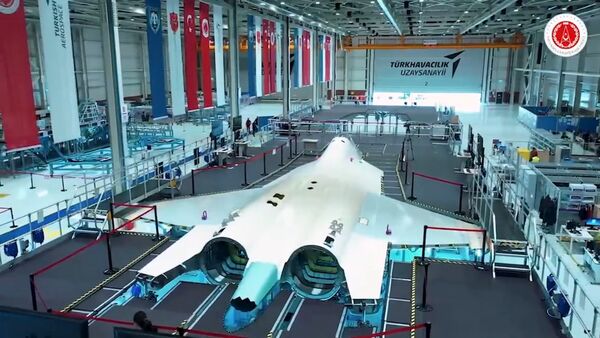 Turkish Aerospace (TA) is progressing assembly of its Turkish Fighter Experimental (TF-X)/National Combat Aircraft (MMU), ahead of its planned roll-out on 18 March 2023.

Footage of the production line featuring the TF-X/MMU prototype was released by the company on 23 November, showing the advanced ‘fifth-generation' combat aircraft in an advanced state of assembly.

The emergence of the footage came four months after TA President and CEO Temel Kotil briefed Janes and other defence media on the timeline for the planned roll-out and first flight, with both scheduled for Turkey's Gallipoli Victory Day of 18 March. With the roll-out planned for 2023, the first flight will follow in 2025.

While the TF-X/MMU has been, and continues to be, developed with UK assistance – 100 engineers from BAE Systems are assigned to the project, Kotil said, adding that it is very much a national project with complete domestic production being the goal. He added that TA has largely had to stand up a Turkish design, development, and manufacturing capability from scratch.

With TA having received the General Electric F110 engine that will power the TF-X/MMU prototype, Turkey's TR Motor is expected to develop a domestic engine for the production standard aircraft that are to be delivered from 2028.