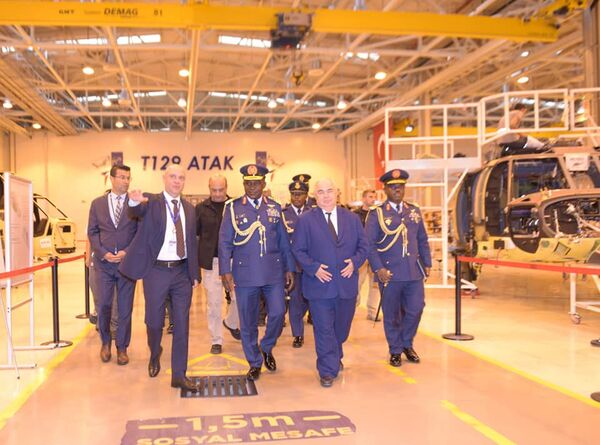 “We sold two [Hürkuş] to Niger and the rest will follow. Currently, pilots from Niger are being trained. We will make deliveries in the coming months. At the same time, it was sold to Chad,” he told CNN Türk during 2022 Farnborough International Airshow on 23 July. He added that T129 helicopters will be exported to Nigeria in the near future.

Kotil did not say when the new orders were finalised or how many aircraft they cover. However, he said on 7 April that, in addition to the six T129s ordered by the Philippines, the company had a second order for another six from a customer he did not identify.

TUSAŞ had not responded to a request for additional information at the time of publication.

The Hürkuş is available as a basic trainer, with the Hürkuş-C adding a light attack capability. It was revealed in November 2021 that Niger had ordered the aircraft, with Kotil saying earlier in that year that the first foreign order for 12 Hürkuş-Cs was being negotiated.

The Turkish-backed Libyan military announced on 20 May that it had finalised an order with TUSAŞ for an unspecified number of Hürkuş-C aircraft, which it described as basic trainers.