The certification follows a jointly funded live-firing campaign at the Dillon Aero desert range facility near Maricopa, Arizona in mid-January. During the campaign, ‘a significant number of rockets’ were fired from the Arnold Defense land, aerial, and maritime launchers that were mounted on a Bell 407 utility helicopter for air-to-surface tests and from a 4x4 Toyota Land Cruiser-mounted vehicle integrated system for surface-to-surface tests. 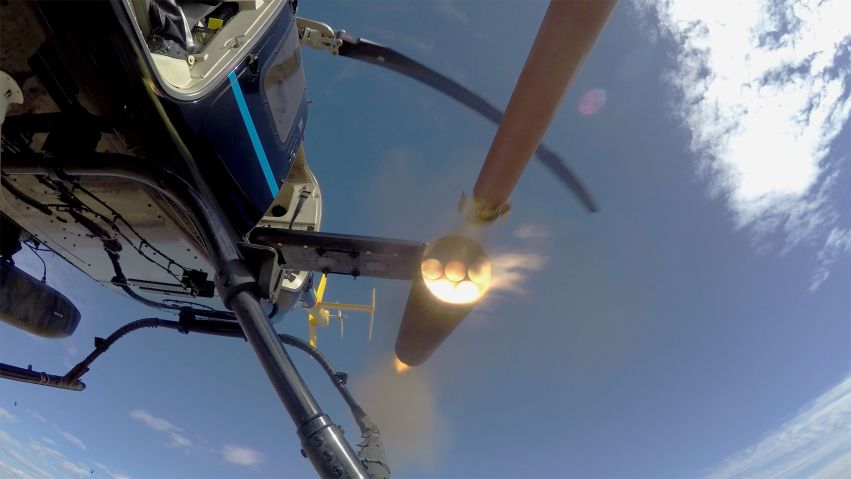 Qualified launchers include the established LAU-series and M-series (lightweight) air-to-surface launchers (including the latest ultra-light [27 kg] LWL-12 launcher) and the new LGR4 Fletcher and LGR23 Multiple Launch Hydra System (MLHS) surface-to-surface launchers. “All of the launchers tested passed the certification process to allow Thales rockets to be fired by current and future users of Arnold Defense launchers,” the company said in a statement.

The LGR4 Fletcher, which is purpose-built for land platforms, is a lightweight four-cell laser-guided rocket (LGR) launcher designed to deliver single or ripple fire effects against static and moving ground targets at a range of 1–8 km, with a stated effective precision strike range of 6 km. Weighing 25.4 kg (unloaded), 1.9 m in length, and 20.3 cm in diameter, the LGR4 can be mounted on tactical lightweight vehicles, remote weapon stations, non-standard tactical vehicles, and stationary platforms.

Arnold Defense, in association with Thales, has received formal certification to fire the Thales FZ9...