The 2R2M system will then be integrated into the rear of a specialised version of the Griffon 6x6 armoured personnel carrier (APC) that is in production and in service with the French Army. 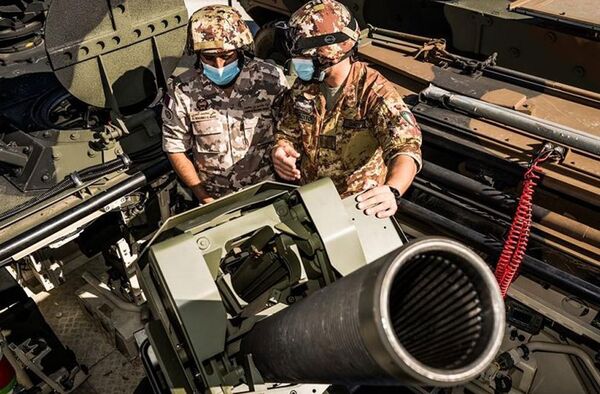 France's Direction générale de l'armement (DGA) contracted for one prototype system and 54 production systems. Qualification is to take place from 2022–23, followed by production and service entry in 2024, with final deliveries in 2027, according to Thales.

The 120 mm 2R2M is mounted in the rear of the Griffon and fires through power-operated roof hatches. When retracted, the Griffon fitted with the 2R2M appears almost identical to the standard Griffon APC.

The turntable-mounted mortar can be traversed through 360°, with an elevation of 40–85 º under hydraulic power. It is coupled to a Thales computerised fire-control system (FCS), automatic laying system (ALS), and inertial navigation system (INS).

Thales' mortar production facility at La Ferte-Saint-Aubin will deliver the first of its 120 mm Rifl...