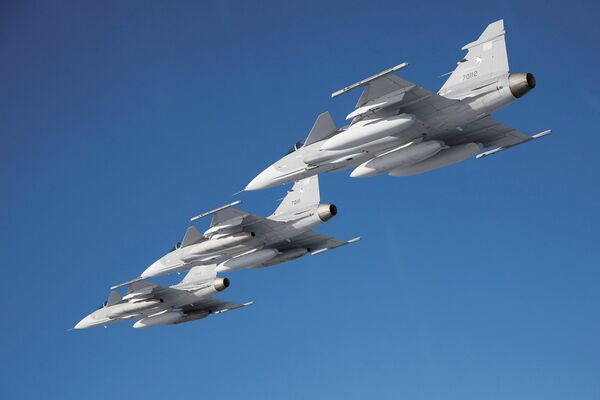 The MS20 upgrades for the RTAF‘s Gripens is expected to give the force an advantage over combat aircraft in neighbouring countries. (FXM)

Speaking to Janes , a spokesperson for the Royal Thai Air Force (RTAF) said that the “MS20 system improvement plan is currently in progress and the planned improvements are expected to be completed by 2025”.

Janes had earlier reported that the original Thai budget allocation proposal for the project quotes a price of THB631.73 million (USD18.28 million). Sweden's Defence Materiel Administration (Försvarets materielverk – FMV) previously cited a median or reference price of THB629.22 million for phase one of the project.

SAAB declined to comment on the particulars of the upgrade. However, as per information published by the company, the full gamut of the configuration comprises hardware and software upgrades to enhance the aircraft's capabilities for air-to-air, air-to-surface, and intelligence, surveillance, target acquisition, and reconnaissance (ISTAR) missions. The configuration will also update mission systems.

The RTAF 2020 White Paper suggests that the upgrades will likely involve enhancements to the aircraft's Operational Flight Program (OFP) and the Operational Support Systems (OSS). This could comprise improvement of the ground targeting system for unguided and laser‐guided bombs.

Improvements to the air-to-air capability will likely include new radar modes. Another benefit of the MS20 configuration is that the Gripens will acquire the ability to launch MBDA's Meteor beyond-visual-range air-to-air missiles (BVRAAMs). The Meteors have a range of beyond 100 km, according to previous statements by SAAB.

According to the RTAF spokesperson, the upgrade will allow the Gripens to conduct more “efficient missions [and] operations”.