The plan has been shelved since April 2020 due to fiscal constraints linked to the Covid-19 pandemic, although the RTN confirmed on 18 July that it has proposed that initial funding for the procurement is sourced from Thailand's defence budget for fiscal year 2022, which starts October 2021. 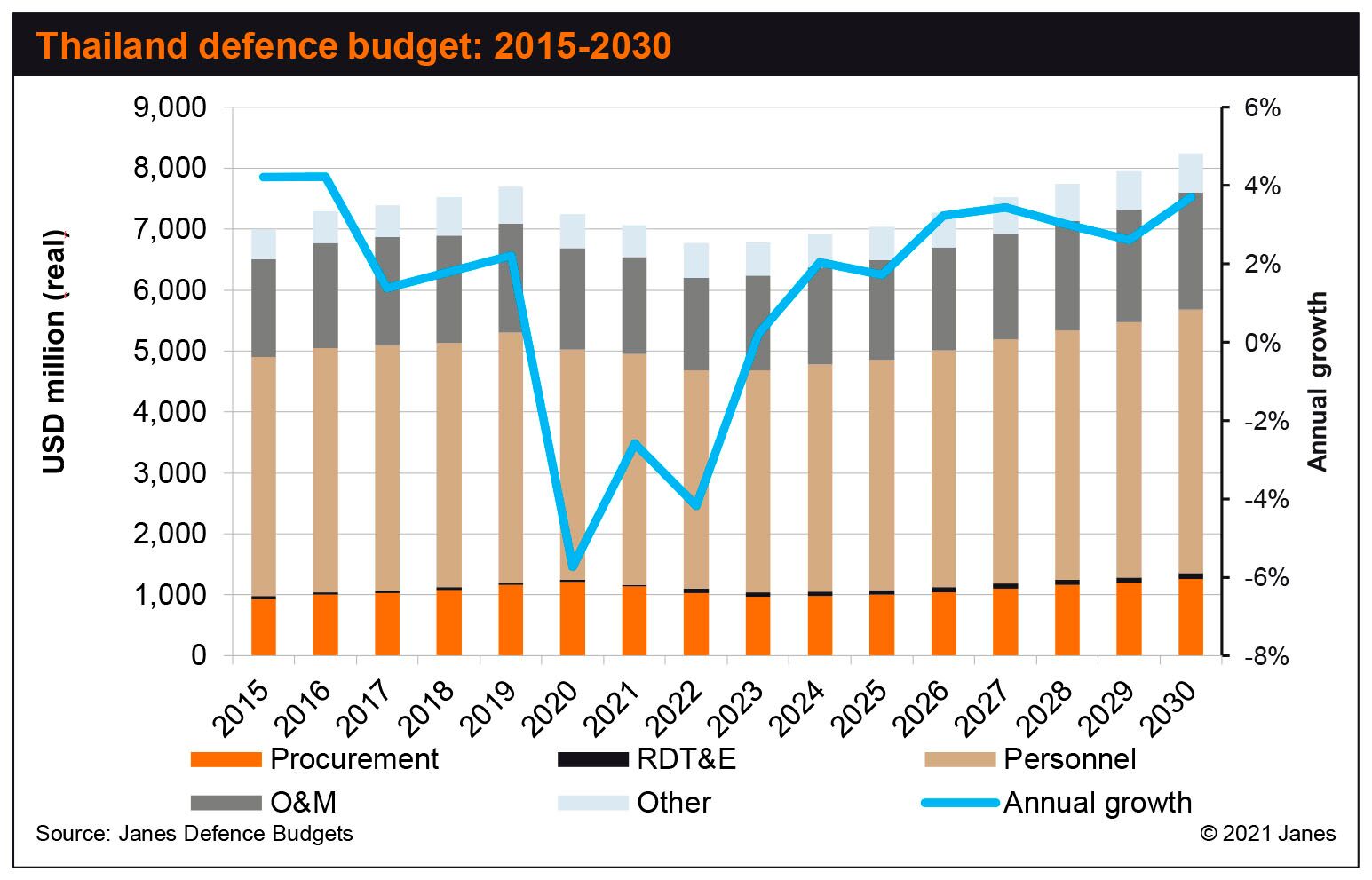 However, the annual military expenditure is not yet approved, and government officials have indicated a possible move to block the submarine funding in light of Thailand's worsening Covid-19 outbreak. Janes understands that the RTN may also postpone the procurement by another year due to political pressure.

The RTN reaffirmed the procurement plan on 17 July in a press conference in Bangkok. RTN spokesperson Admiral Chettha Jaipiam said the procurement was part of a “package deal” with China, following the RTN's order of a first-in-class S26T diesel-electric submarine from the China Shipbuilding & Offshore International Company (CSOC) in 2017.

Admiral Chettha added that the RTN had also renegotiated with China the procurement repayment terms through which costs will reduce in the first year of the acquisition by one-third. The RTN is aiming to procure the two additional submarines over seven years, with the initial payment from fiscal year 2022.

Thailand's 2022 defence budget was announced in May at THB203.28 billion (USD6.5 billion) but has yet to be approved by the House of Representatives, which meets this month to discuss the allocation. A senior House official quoted by the official media in Thailand said that both the opposition and the government opposed the submarine procurement during the pandemic.

The Royal Thai Navy (RTN) has reproposed a plan to procure two additional submarines from China for ...