Textron announced its Cottonmouth 6×6 armoured vehicle as an entrant for the US Marine Corps' (USMC) Advanced Reconnaissance Vehicle (ARV) requirement in May, revealing that the vehicle had entered validation testing at the National Automotive Test Center in February 2021 and would continue onto amphibious tests in Q2 of 2021.

“The ARV prototype vehicle is envisioned as a next-generation platform with a combination of capabilities that will enable light armoured reconnaissance (LAR) battalions to function as a battlefield manager,” the US Army wrote on behalf of the USMC effort, in August 2020, when the prototyping competition was announced. Other requirements included an open electronic architecture; the ability to process and communicate information in multiple forms; and sufficient space, weight, and power (SWaP) to enable future upgrades. 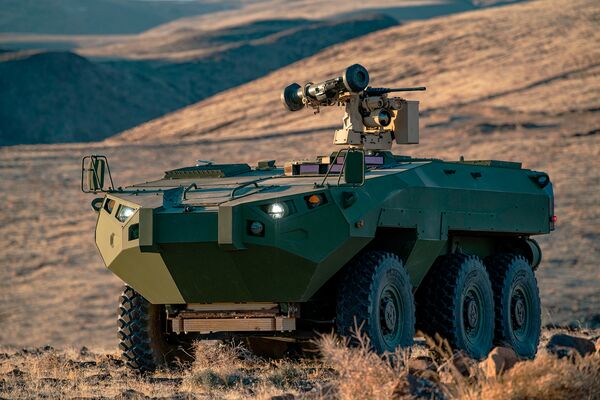 The requirement pre-dates the USMC's Force Design 2030 announcement, which led to the M1A1 main battle tank fleet's removal from service, a reduction in artillery and other conventional kinetic means, and the introduction of autonomous missile carriers and other assets. All of this was announced in a bid to better equip the USMC to support the US Navy during its Indo-Pacific operations. “Force Design decisions will determine the path forward for the light armoured reconnaissance community and therefore ultimately determine what the ARV will look like,” Marine Corps Systems Command and Marine Corps Combat Development Command told Janes last year. The programme may lead to the procurement of as many as 500 ARVs, and so far Textron and General Dynamics Land Systems are the only known bidders.

The Cottonmouth entered development around 14 months ago, Textron told Janes

Textron announced its Cottonmouth 6×6 armoured vehicle as an entrant for the US Marine Corps' (USMC)...