Taiwan has proposed a defence budget increase amid continuing tension with China.

The island's Executive Yuan said on 26 August that the defence expenditure for 2022 will be TWD471.7 billion (USD16.8 billion).

The allocation is a nominal 4% increase over the 2021 defence allocation of TWD453.4 billion. It also accounts for about 2.3% of GDP. 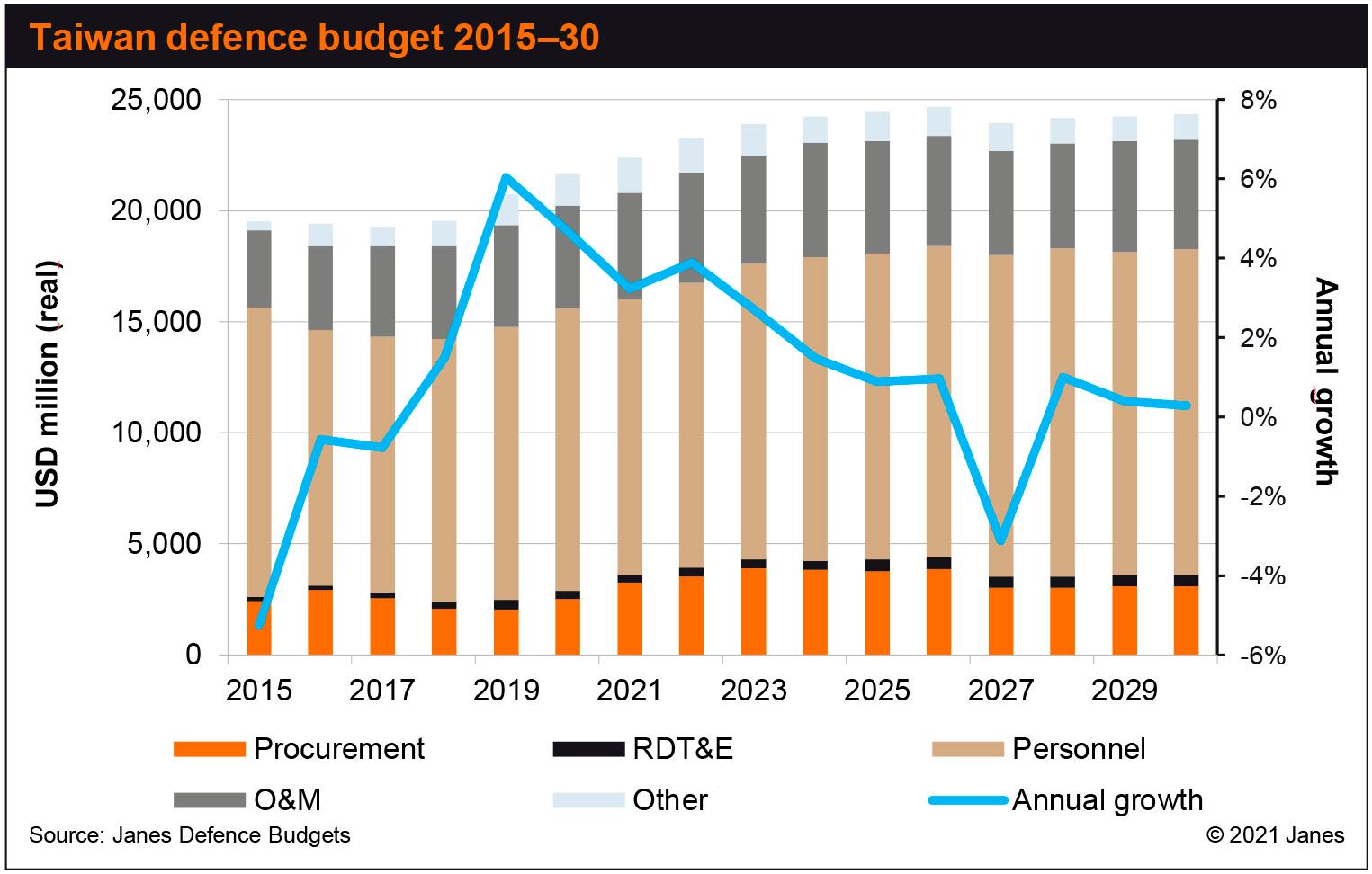 The 2022 defence budget is split three ways. It includes an ‘official' appropriation of TWD372.6 billion, a ‘special' expenditure of TWD40.1 billion, and TWD59 billion for unspecified expenses.

The official allocation represents a year-on-year increase of 1.5%, while the special budget, which is dedicated to Taiwan's procurement of 66 Lockheed Martin F-16V fighter aircraft, is an increase of 38%.

Taiwan's Legislative Yuan approved the F-16V procurement in October 2019. Government data shows that it is allocating TWD247.2 billion towards the acquisition between 2020 and 2026. The F-16Vs are scheduled for delivery to Taiwan between 2023 and 2028.

The proposed 2022 defence budget is scheduled to be submitted to Taiwan's Legislative Yuan for approval at the end of August.

The funding increase comes just 10 days after China, which regards Taiwan as its own territory, held a series of military drills near the island.

On 24 August the state-owned Global Times newspaper also reported that the Chinese military conducted more than 120 maritime exercises during the previous three months.

Taiwan has proposed a defence budget increase amid continuing tension with China.