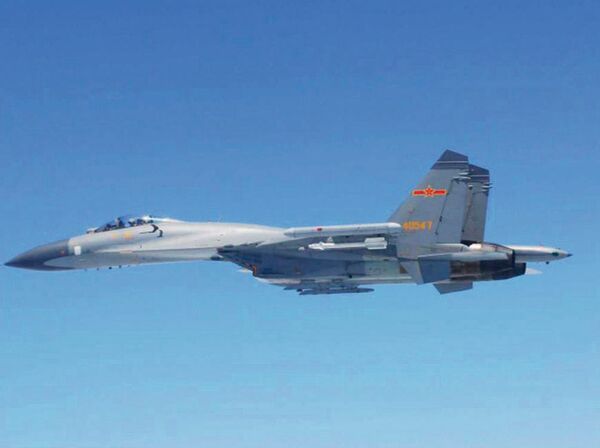 Four Shenyang J-11 fighters (such as this example above) were among the 27 Chinese military aircraft that entered Taiwan's air defence identification zone on 28 November. (Japanese MoD)

Taiwan's Ministry of National Defense (MND) said on 28 November that it has mobilised combat aircraft in response to additional deployments of Chinese People's Liberation Army (PLA) aircraft near its territory.

These deployments included, for the first time, the tanker variant of the Xian Y-20 transport aircraft, it said.

According to the MND, 27 PLA aircraft entered part of Taiwan's air defence identification zone (ADIZ) on 28 November. The MND said that in response to these “air activities”, it has mobilised the Republic of China Air Force's (RoCAF's) combat air patrol and deployed “air-defence missile systems” for monitoring purposes.

It added that PLA aircraft that flew into a southwestern part of the ADIZ included four Shenyang J-11, two J-10, and six J-16 fighter aircraft.

Beijing made no immediate comment about the PLA deployments over Taiwan. However, China's state-run Global Times newspaper reported that the Y-20 tanker was taking part in Chinese military exercises in the area.

The latest PLA flights into or near Taiwan's airspace continue an increase in tempo in the Chinese military aircraft deployments in the area since the beginning of October, when Beijing celebrated the 72nd anniversary of the founding of the People's Republic of China.

Taiwan's Ministry of National Defense (MND) said on 28 November that it has mobilised combat aircraf...

Bangladesh's Directorate General Defence Purchase (DGDP) has issued a tender in support of the procu...