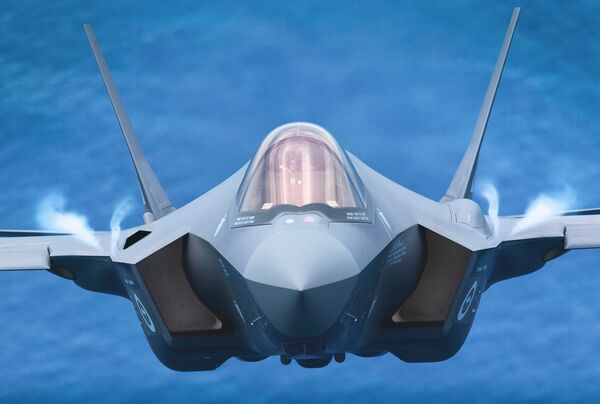 Having made its selection of the F-35A (pictured) and Patriot earlier in 2021, Switzerland has now signed contracts for both systems. (Commonwealth of Australia)

Switzerland has signed for both the Lockheed Martin F-35 Lightning II and the Raytheon Patriot ground-based air-defence systems (GBADS) to fulfil its Air2030 requirement.

The Federal Council announced the milestones on 26 November, some five months after the country announced its decision in July to procure 36 F-35As and five Patriot GBADS based on the highest overall benefits for the lowest overall costs.

“Contracts for the purchase of the F-35A combat aircraft and the Patriot long-range ground-to-air defence system have been finalised by Armasuisse with the US government,” the council's announcement stated.

As noted by the council, based on an exchange rate of CHF0.95 to USD1, commitment credits amount to CHF6.035 billion for combat aircraft and CHF1.987 billion for ground-to-air defence. “The cost of combat aircraft is therefore below the assumed financial volume. In the policy decision on the purchase of combat aircraft, approved by the Swiss people, the authorised financial volume amounts to CHF6.3 billion, based on forecasts of the trend in prices up to 2031 and the expected payments,” it said. This financing plan was narrowly endorsed by the Swiss people in a national referendum in September 2020.

For the fighter element of Air2030, the competing entries came from Germany's Airbus for the Eurofighter Typhoon, France's Dassault for the Rafale, and the United States' Boeing and Lockheed Martin for the F/A-18E/F Super Hornet and F-35A respectively. For the GBADS requirement, Air2030 considered an offer from France for the Eurosam SAMP/T and the US for the Patriot.

Deliveries of both the F-35A and Patriot are due to commence in 2025.

Switzerland has signed for both the Lockheed Martin F-35 Lightning II and the Raytheon Patriot groun...