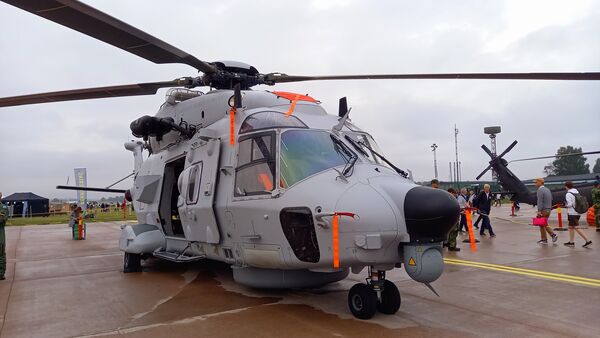 Unable to bring its NH90s up to the required standard, the Swedish Armed Forces has recommended that the type be replaced entirely. (Janes/Gareth Jennings)

Sweden is set to replace its NHIndustries (NHI) NH90 maritime helicopters, at the same time as expanding its fleet of land-roled UH-60M Black Hawk helicopters.

The Supreme Commander of the Swedish Armed Forces, General Micael Bydén, made the announcement on 1 November as part of a raft of wider planned capability enhancements delivered for consideration to the Swedish government.

Sweden's NH90 fleet was to have been fully operational in 2008, but this has been progressively delayed and is still not achieved, with Janes World Air Forces noting that the SwAF has, on average, access to between 10 and 12 helicopters of differing configurations at any one time.

Speaking at a pre-Farnborough Airshow event in London on 17 July, SwAF Commander Major General Carl-Johan Edström said that the NH90 was not performing as required, adding that a review of the service's rotary-wing requirements later in 2022 would determine the type's future.

Sweden is set to replace its NHIndustries (NHI) NH90 maritime helicopters, at the same time as expan...