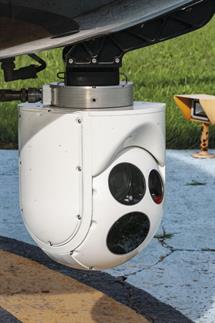 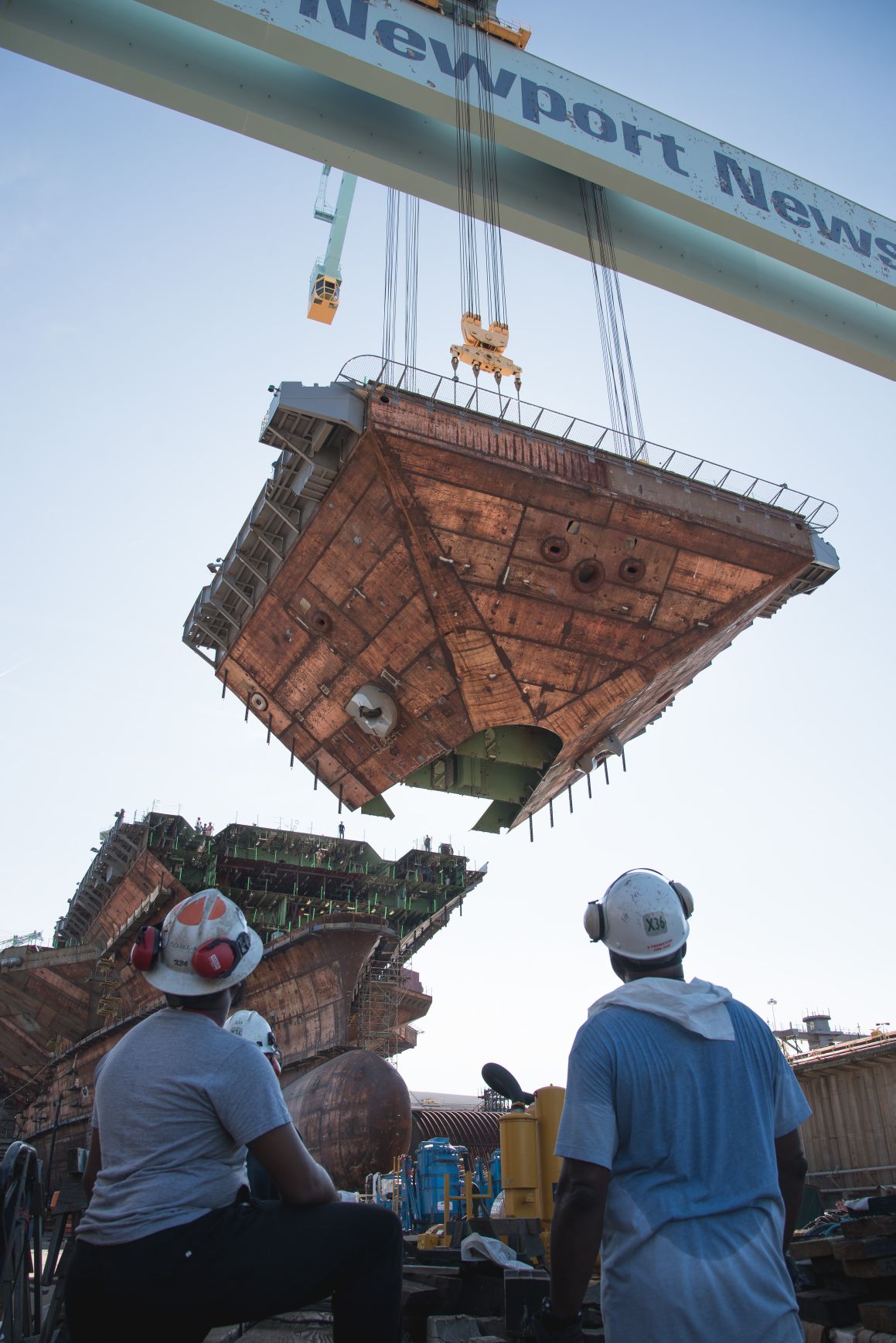 The upper bow section is one of the last superlifted steel structural units in the construction of Kennedy , Newport News Shipbuilding officials noted.

While the shipyard has always used superlifts to build modern nuclear-powered USN carriers, Newport News Shipbuilding officials point out current superlifts are larger and more complete in earlier stages of construction – compared with previous carriers – due to the increased use of digital tools to design and build the structural units.

As a result, shipyard officials said, Kennedy “is on track to be built with considerably fewer man-hours than the first ship in its class, [USS] Gerald R Ford [CVN 78]”.

James Geurts, assistant secretary of the navy for Research, Development and Acquisition, said man-hours for Kennedy are 18% below those of Ford thus far. CVN 79 will be ready for launch about three months early, in November 2019, he said.

The man-hour reductions came as a surprise to the US Government Accountability Office (GAO), which in a report released on 7 May, said, “Costs for CVN 79 are also likely to increase as a result of optimistic cost and labor targets,” adding the GAO analysis “shows the shipbuilder is not meeting this goal and is unlikely to improve performance enough to meet cost and labor targets”.

Decisions the new Biden Administration makes on the makeup and capabilities of the US Navy (USN) air...