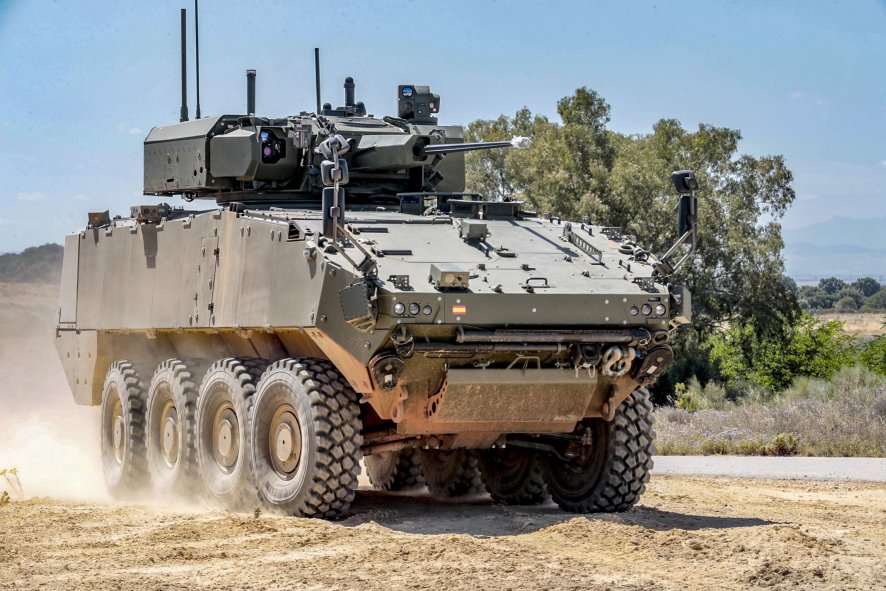 Spain’s Ministry of Industry and Trade will provide initial financing of EUR50 million in 2020 for the initial work to prepare the production facilities and for the first orders of Dragón IFVs. (Spanish MoD)

The Ministry of Industry and Trade announced in a press release on 15 December that it would handle the deals with the two companies involved, Tess Defence and Airbus.

The secretary general for industry and small and medium-size enterprises, Raül Blanco, said the projects would “allow industry and technology policies that will promote Spanish companies. This sector is one of the main technology suppliers for the rest of the economy thanks to dual technology”.

The Ministry of Defence and Tess Defence signed the framework contract for the Dragón in August, with delivery of the first vehicles in an initial batch of 348 IFVs beginning in 2022.

The Ministry of Industry and Trade said the programme would “have a great impact on Spanish industry”, not only for the main partners in Tess – General Dynamics European Land Systems-Santa Bárbara Sistemas, Indra Sistemas, and SAPA Operaciones – but also “a large group of subcontractors and suppliers across the country. They are going to develop and produce a product with a high level of national content representing an essential national defence capability and with major export opportunities”.

The ministry said it “will provide initial financing of EUR50 million in 2020 for the initial work to prepare the production facilities and for the first orders”.