South Korea has received the first of four Airbus Defence and Space (DS) A330-200 Multi Role Tanker Transport (MRTT) aircraft it ordered in 2015, the manufacturer announced on 30 January. 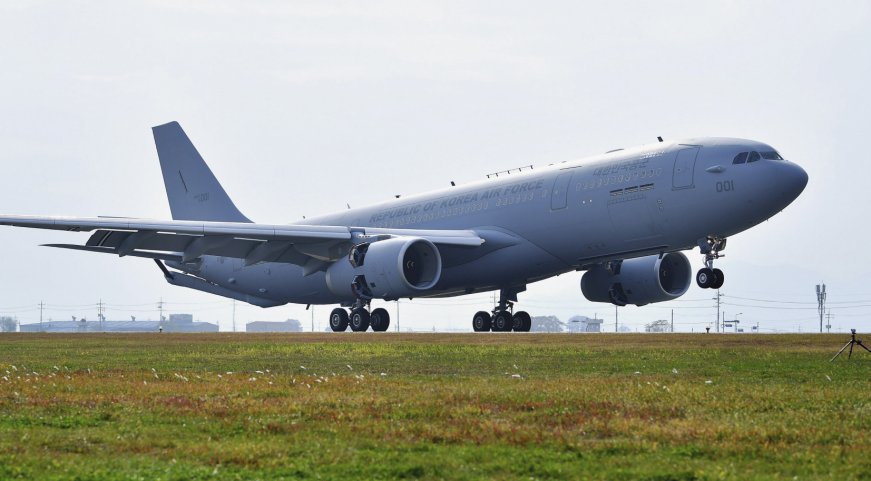 The Republic of Korea Air Force received its first Airbus A330 MRTT on 30 Janaury. The remaining three are set to arrive before the end of the year. (Airbus)

The aircraft was procured under a KRW1.4 trillion (USD1.3 billion) deal that will enable the Republic of Korea Air Force (RoKAF) to project combat air power as far north as Pyongyang while allowing it to participate more fully in international peacekeeping missions. Deliveries of the remaining three MRTTs are set to conclude later this year.

In securing the South Korean requirement, Airbus beat-off stiff competition from Boeing, which had submitted its KC-46A Pegasus platform, and Israel Aerospace Industries, which was proposing its B767-300 Multi-Mission Tanker Transport (MMTT).

Of the three competing platforms, the A330 MRTT is arguably the most capable. It can carry more fuel (111 tonnes) than either the KC-46A (96 tonnes) or the MMTT (91 tonnes) over a greater distance (14,800 km for the A330, 12,200 km for the KC-46A, and 14,800 km for the MMTT – although it should be noted that the MMTT can carry less payload over this same distance). The A330 MRTT has the added advantage of doing all of this without losing any of its underfloor cargo space to auxiliary fuel tanks, which means it can carry 45 tonnes of cargo as well as being a tanker. The A330 MRTT can also carry 292 personnel in airliner levels of comfort, while its Boeing rival in particular is essentially a converted windowless freighter.