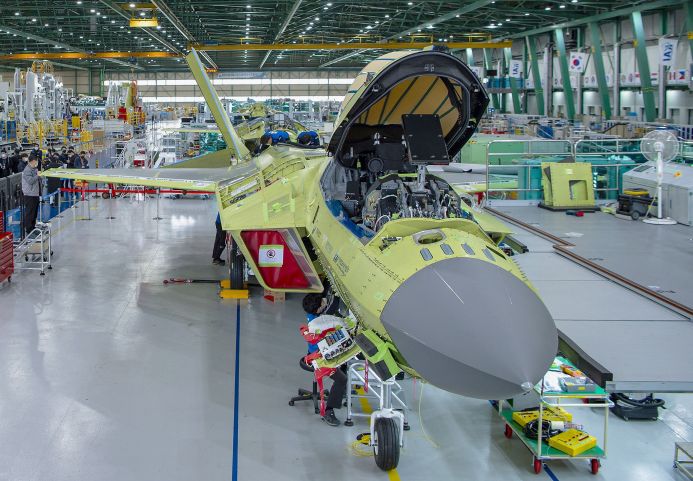 South Korea’s DAPA announced on 1 March that assembly work on the first KF-X fighter prototype is almost complete, adding that the aircraft will be formally rolled out in April. Two more prototypes are currently being assembled at the plant. (DAPA)

Jung Kwang-sun, head of the KF-X programme at DAPA, said the planned rollout event of the twin-engined multirole fighter will be a “landmark moment” for the country and the aerospace industry. ”After working only with the blueprint so far, we will now have something we can actually see and test whether what we have been studying actually works,” Jung was quoted by the Yonhap News Agency as saying at KAI headquarters in Sacheon, South Gyeongsang Province.

The KRW8.8 trillion (USD7.8 billion) KF-X fighter project is meant to provide a replacement for the Republic of Korea Air Force’s (RoKAF’s) fleet of F-4D/E Phantom II and F-5E/F Tiger II combat aircraft. Development of the KF-X began in 2015 and is expected to be completed by 2026, with the RoKAF set to acquire 40 units by 2028 and another 80 units by 2032, according to Yonhap.

Images released by DAPA show the first prototype has already been fitted with the F414-GE-400K engines provided by US manufacturer General Electric (GE) Aviation. The prototype, which will be painted in dark grey prior to the rollout event, is expected to make its maiden flight in 2022.