Under Milestone 1 of the Autonomous Attritable Aircraft Experimentation (AAAx) campaign, the ACS performed a series of foundational behaviours necessary to characterise safe system operation. Three flight tests were conducted from Tyndall Air Force Base, Florida, between 29 April and 5 May. 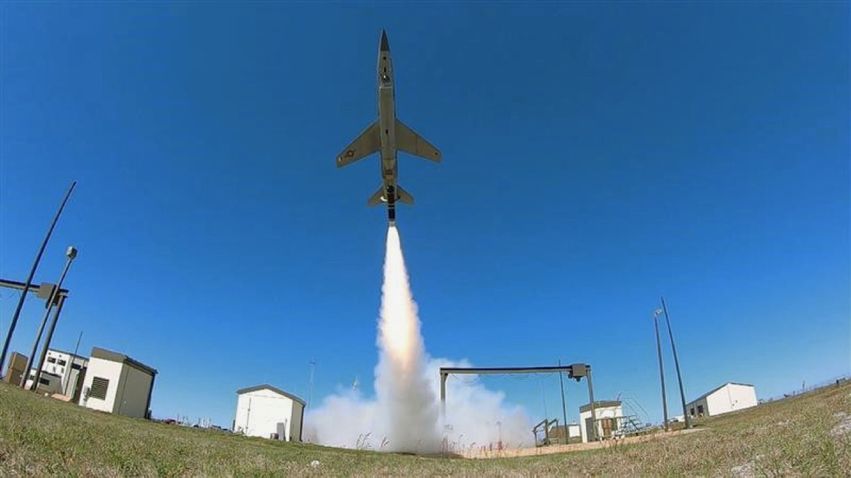 The first test flight of the ACS-configured UTAP-22 occurred on 29 April. (AFRL)

The UTAP-22 is a high-performance tactical UAV derived from the Kratos-developed BQM-167A aerial target. The modified UTAP-22 variant used for the AAAx Milestone 1 testing exhibits a revised intake and what appears to be a sensor package.

The first UTAP-22 flight test on 29 April lasted two hours and 10 minutes. According to the AFRL, the ACS “demonstrated basic aviation capabilities and responded to navigational commands, while reacting to geo-fences, adhering to aircraft flight envelopes, and demonstrating co-ordinated manoeuvring”. The test was monitored from both airborne and ground command-and-control stations.

The US Air Force’s (USAF’s) Skyborg Vanguard team has completed initial flight tests of the Skyborg ...