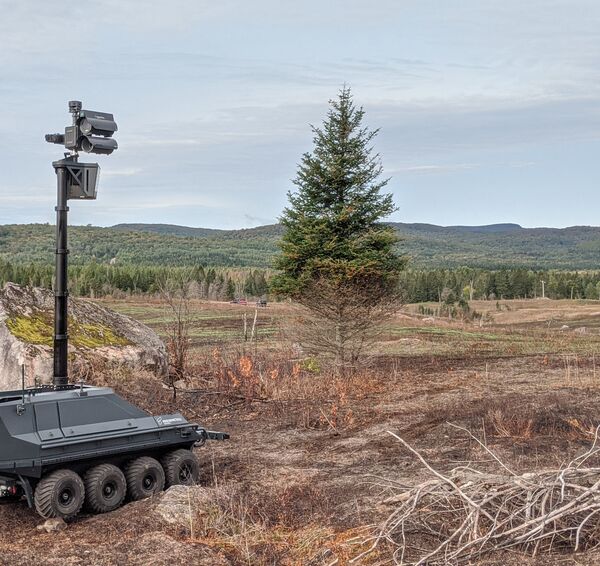 Silent Sentinel is to equip the British Army's Mission Master UGVs (pictured), as part of Spiral 3 of the RPV programme. (Rheinmetall)

Silent Sentinel has won a contract to supply its electro-optical systems for the British Army's Rheinmetall Canada Mission Master SP unmanned ground vehicles (UGV), the company announced on 16 May.

The contract is part of the British Army's Robotic Platoon Vehicle (RPV) programme, which seeks to determine the use cases and capability of unmanned vehicles in boosting the combat effectiveness and capabilities of dismounted troops at the platoon level.

A Silent Sentinel spokesperson informed Janes that the company is supplying four Jaegar platforms with custom housing and sensors as part of RPV Spiral 3. They were unable the detail the total value of the contract.

According to the announcement, the platform will provide threat detection, recognition, and identification at long range and in all weather and lighting conditions.

In April and as part of the final phase of the RPV programme – Spiral 3 – the UK ordered four Mission Master SP: Surveillance A-UGVs in an intelligence, surveillance, target acquisition, and reconnaissance (ISTAR) configuration, as well as three Mission Master SP – Cargo vehicles.

Silent Sentinel has won a contract to supply its electro-optical systems for the British Army's Rhei...