Sikorsky and Boeing have submitted their Defiant X proposal for the US Army Future Long-Range Assault Aircraft (FLRAA) requirement, the joint team announced on 7 September. 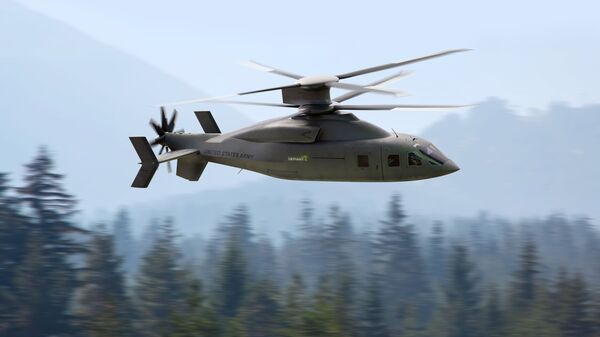 The proposal includes flight data from the SB>1 Defiant demonstrator co-axial compound helicopter currently being tested, as well as virtual modelling of the Defiant X that is actually being bid.

“Continuing a 75-year partnership with the US Army, providing and sustaining the iconic Black Hawk, Chinook, and Apache, the Sikorsky-Boeing team looks to the future with the Future Long-Range Assault Aircraft – Defiant X,” Paul Lemmo, President of Sikorsky, and Mark Cherry, Vice President and General Manager for Vertical Lift at Boeing Defense, Space & Security said in a joint statement. “Today, Team Defiant completed and submitted the proposal for the US Army's FLRAA competition, offering low-risk, transformational capability that delivers on an army critical modernisation priority and advances the future of army aviation”.

Sikorsky and Boeing are competing against Bell and its V-280 tiltrotor for the FLRAA that is part of the US Army's Future Vertical Lift (FVL) programme. The US Army plans to field a family of its FVL platforms as replacements for the Sikorsky UH-60 Black Hawk transport (FVL – Medium) helicopter and Boeing AH-64 Apache attack helicopter (FVL – Attack) in about 2030 and 2040 respectively (these two requirements now make up the FLRAA effort). A replacement for the Boeing CH-47 Chinook (FVL – Heavy) is expected to enter service in about 2060. It also plans to reintroduce a scout-class rotorcraft with the Future Attack Reconnaissance Aircraft (FARA) requirement.

Sikorsky and Boeing have submitted their Defiant X proposal for the US Army Future Long-Range Assaul...