The Serbian Military Technical Institute (MTI) has confirmed that the Milos unmanned ground vehicle (UGV) has commenced trials at the Serbian Technical Test Centre and been demonstrated to local and overseas delegations at the Nikinci Military Test Range.

The Milos UGV has been developed by the MTI in conjunction with the Special Products Factory Namenska to meet the operational requirements of the Serbian armed forces. Roles envisioned for the vehicle include the support of special forces and reconnaissance troops, particularly in counter-terror operations in indoor and urban environments. 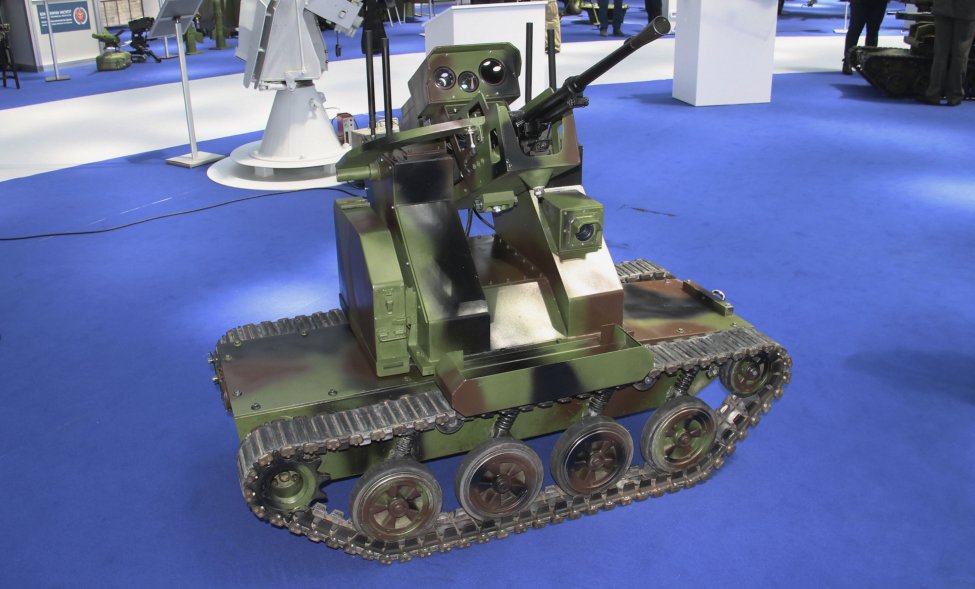 The Milos UGV can be transported by trailer. The MTI demonstrated the vehicle being towed by a 4×4 Land Rover fitted with a retractable mast-mounted day/night sensor pack.

Several pre-preproduction vehicles have been built following the construction of several prototypes. These incorporate improvements, including ballistic protection and the placement of the sensor pod – which was originally fitted in a fixed mount on the right-hand side – to a position above the weapon fit, which enables it to move in tandem with the weapons.

The sensor pack includes a charge coupled device (CCD) day camera with a zoom capability of up to ×30, which MTI claims to be able to recognise a human target at a range of up to 1,000 m; a thermal camera with a digital zoom of up to ×4 with a claimed target recognition distance of 450 m; and a laser rangefinder with a maximum range of up to 2,000 m.

There is an additional fixed forward-facing camera pack comprising day and night cameras on the left-hand side of the mount for navigation.