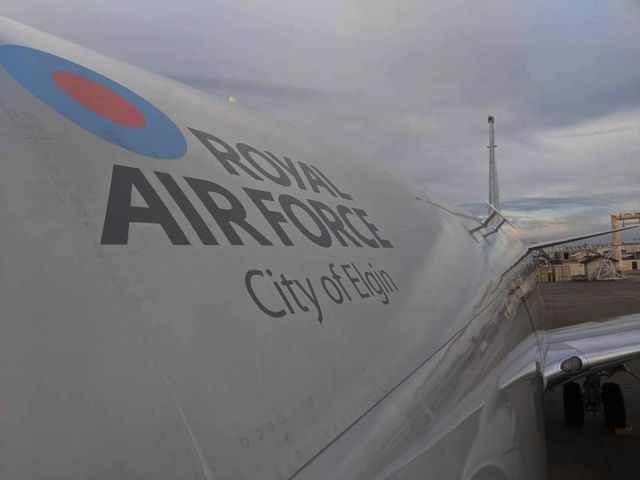 The second of nine Boeing P-8A Poseidon aircraft for the RAF, ZP802 City of Elgin, seen in the US prior to its delivery to Kinloss Barracks in Scotland on 13 March. (Crown Copyright)

Aircraft ZP802, City of Elgin, flew into Kinloss Barracks (formerly RAF Kinloss) in Scotland some six weeks after the first aircraft, ZP801 Pride of Moray, arrived from the United States on 4 February.

Both these aircraft and the remaining seven to be delivered will be operated from RAF Lossiemouth a short distance away from Kinloss Barracks, when construction of new facilities is to be completed later in the year. Operations are set to commence in early Q4 2020, with the type being flown by 120 Squadron and 201 Squadron, with 54 Squadron serving as the Operational Conversion Unit (OCU).

Delivery of the first Poseidon MRA1s marks a major milestone in the reconstitution of the UK’s airborne maritime patrol capability that was put on hiatus in 2010 with the retirement of the BAE Systems Nimrod MR2 and the cancellation of its Nimrod MRA4 replacement.

Once fully operational, the Poseidons will assume responsibility for protecting the Royal Navy’s two new Queen Elizabeth-class aircraft carriers, as well as undertaking their baseline maritime patrol aircraft (MPA) and anti-submarine warfare (ASW) roles. While it was originally intended that the platforms should have an overland surveillance capability, an RAF officer recently told Jane’s that this will not now be the case, due to the relatively few number of aircraft being procured and their commitment to their core carrier protection/MPA and ASW tasks.