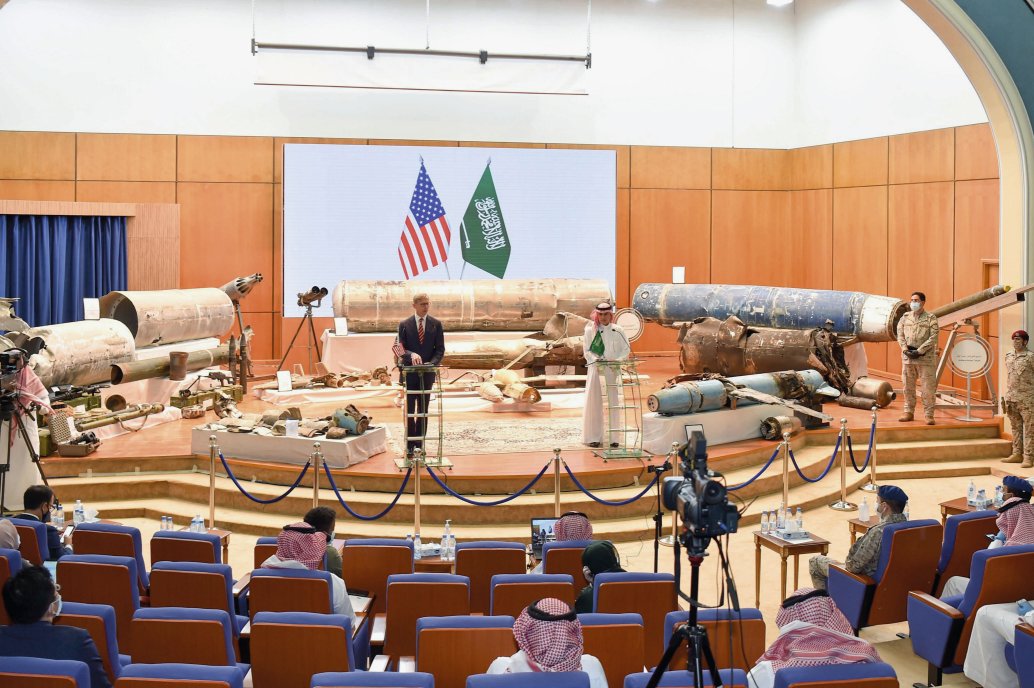 US Special Representative for Iran Brian Hook (left) and Saudi Minister of State for Foreign Affairs Abdel al-Jubeir hold a press conference in Riyadh on 29 June. The 106 mm recoilless rifle rounds that may have been supplied to AQAP and the MANPADS recovered from the Houthis can be seen on the left side of the weapons display. (Saudi Press Agency)

Col Maliki was recorded making the claim to Brian Hook, US Special Representative for Iran, as he showed him weapons recovered from the war in Yemen at a press conference in Riyadh on 29 June.

“We can see some of the weapons that were seized by our special forces from the ground in one operation against AQAP in east of Yemen and we have found with the terrorist group some of the Iranian weapons which prove they are also supporting the AQAP,” he said.

It was unclear what weapons he was specifically referring to at the time, although the two men were standing next to what appeared to be two rounds for a 106 mm M40 recoilless rifle.

The rest of the briefing focused on Iranian support for Ansar Allah, during which Col Maliki showed Hook various missiles and unmanned aircraft that were either supplied by Iran or were built with Iranian assistance.

US to deploy another Patriot to Saudi Arabia

Iran’s primary way of threatening the US and its allies in the region is its inventory of about 2,50...
Thank you for your inquiry, a Janes representative will be in contact with you shortly.