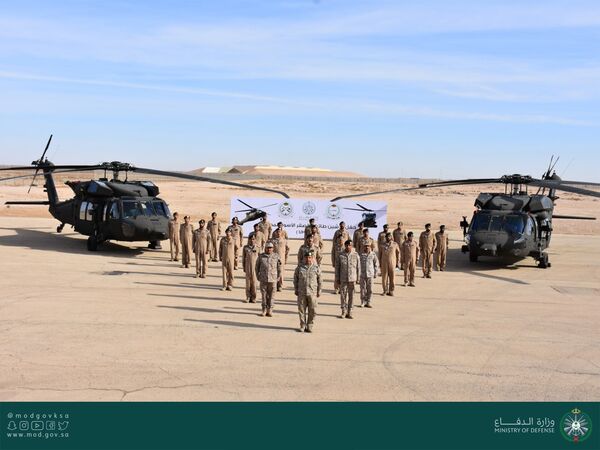 The Royal Saudi Land Forces (RSLF) held an inauguration ceremony for its UH-60M Black Hawk utility helicopters in the northern region, the Saudi Ministry of Defence announced on 14 December.

It released a photograph showing two Black Hawks at a location that could be identified as an apron close to the runway at King Khalid Military City in northern Saudi Arabia. Both were fitted with mounts for electro-optical sensors on their noses and 7.62 mm door guns. A similarly equipped Black Hawk was shown inside a hangar.

The RLSF previously operated only older S-70A-1 and UH-60L Black Hawk variants, but the US Department of Defense announced in January 2018 that it had awarded a USD193 million contract to Sikorsky to deliver nine UH-60M helicopters for the RSLF's Airborne Special Security Forces, a previously unknown unit, and another eight for the Saudi Arabian National Guard (SANG). The contract was expected to be completed by 31 December 2022.