Rwanda is to receive two new aircraft in 2022 that will be used for medical evacuation and light transport missions during international peacekeeping operations throughout Africa, it was disclosed on 24 June. 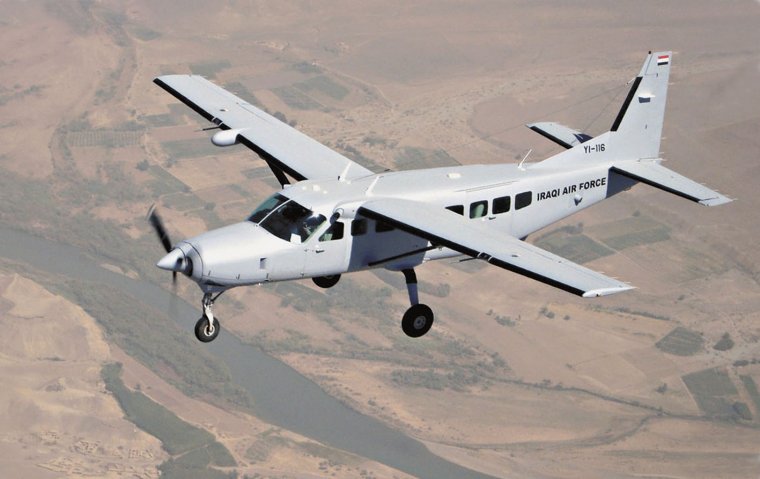 The Cessna Grand Caravan (pictured here in Iraqi service) is to equip the Rwandan Air Force as it prepares to receive a pair of aircraft for US medical evacuation and other light transport duties. (US Air Force)

The award, which includes a flight training device and other support, will see the aircraft delivered by 31 July 2022.

Janes first reported in 2018 that the USAF was looking for a pair of single-engined propeller-driven aircraft for the Rwanda Air Force (Force Aerienne Rwandaise: FAR) for United Nations deployments in the Central African Republic, Sudan, South Sudan, or other locations in Africa.

While no type was disclosed at that time the performance parameters as set out by the USAF strongly suggested the Grand Caravan would be selected. These parameters and specifications comprised a current commercial design with a maximum all-up weight of 12,500 lb (5,670 kg), newbuild, fixed landing gear, and featuring a high-wing configuration for maximum pilot visibility of the ground.

Rwanda is to receive two new aircraft in 2022 that will be used for medical evacuation and light tra...