The Russian Navy witnessed a surge in shipbuilding activities during July, with multiple commissioning, launch, and laying-down events held at shipyards across the country. 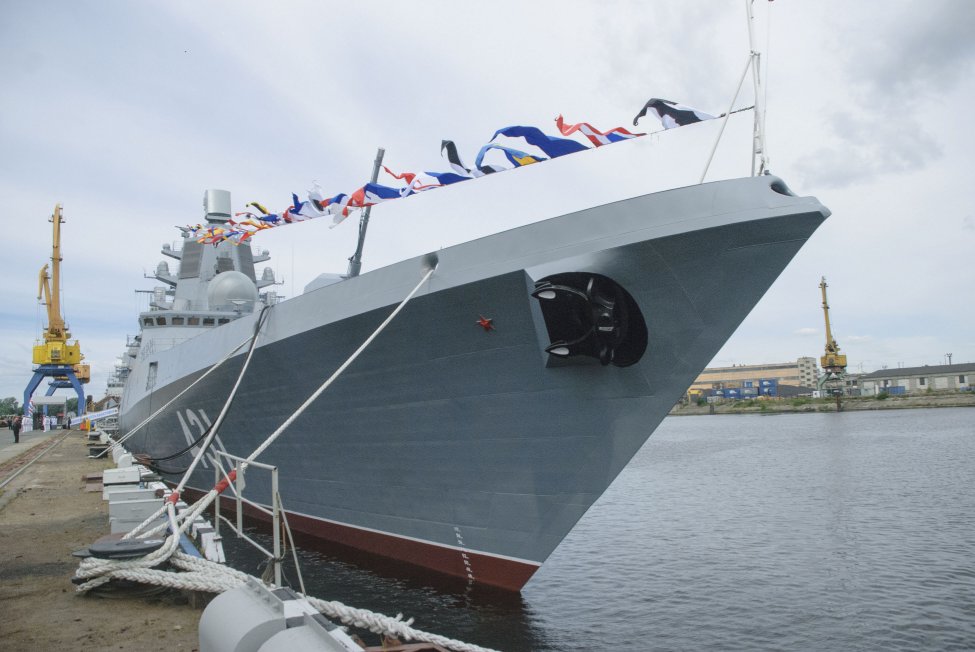 Zaliv Shipyard in Kerch laid down the first two Project 23900 Universal Landing Ships, Ivan Rogov and Mitrofan Moskalenko, at its yard in Kerch.

The shipyard was awarded a contract worth RUB100 billion (USD1.3 billion) for the first two ships of the class in May. Designed by Zelenodolsk Design Bureau, the Universal Landing Ships will have an overall length of around 220 m, a displacement of about 25,000 tonnes, and will be capable of carrying 20 heavy helicopters as well as 900 marines. The two ships are expected to be delivered by 2026-27.

On the same day, Sevmash Shipyard laid the keels for a more two Yasen M (Project 885M)-class submarines, Voronezh and Vladivostok, at its yard in Severodvinsk, bringing the total number under construction to eight. A contract for the latest pair was awarded during the Army 2019 exhibition held in June 2019. The first Yasen M-class submarine, Kazan, has been undergoing trials since 2017 and is expected to be delivered in 2020.

The Russian Navy witnessed a surge in shipbuilding activities during July, with multiple commissioni...