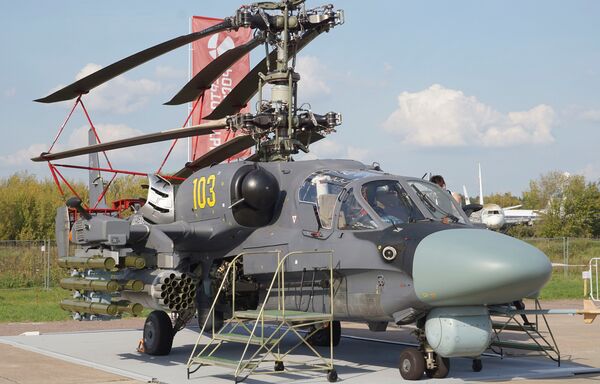 Unlike the Ka-52 Hokum-B, the Ka-52K is fitted with two folding stub wings with two hardpoints for various weapons. Its co-axial main rotor has two propellers with three folding blades; it also carries a short-range radio-technical navigation system. The rotorcraft's electronic protection is provided by the President-S system.