The Department of Defence (DoD) in Canberra announced on 8 January that the 19,500-tonne vessel, which will be known as HMAS Supply (II) (with pennant number A195) once commissioned, is expected to sail into its homeport of Sydney in the coming days. 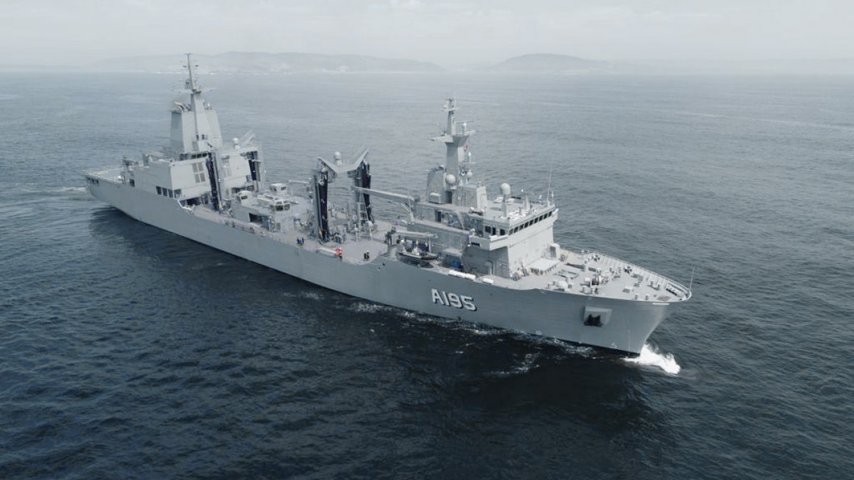 The future HMAS Supply during sea acceptance trials in 2020. The Australian DoD announced on 8 January that the RAN has formally accepted the AOR vessel from Spanish shipbuilder Navantia. (Navantia Australia via Twitter)

The vessel, which completed sea acceptance trials off the Spanish coast in August 2020 before arriving in Australia in October 2020 for final fit-out and testing activities, is one of two ships of the class ordered as part of an AUD642 million (USD500 million) contract signed in May 2016 under Australia’s Project Sea 1654 Phase 3 Maritime Operational Support Capability programme.

Second-of-class Stalwart (III) (with pennant number A304) was launched on 30 August 2019 and is expected to join the RAN later this year.

The 173.9 m-long vessels, which are based on the Spanish Navy’s Cantabria-class AORs, are to replace the AOR ship HMAS Success (II), which was decommissioned on 29 June 2019 after 33 years of service, and the supply ship HMAS Sirius .

“With Australia’s current replenishment capability reaching its end of life in 2021, NUSHIP Supply will be the first AOR to replace the retired HMAS Success and bridge [the] navy’s current capability gap,” Australian Defence Minister Linda Reynolds was quoted as saying.

The first of two Supply-class auxiliary oiler replenishment (AOR) ships on order for the Royal Austr...

The Department of Defence (DoD) in Canberra announced on 2 December that it will issue tenders next ...