A remote operated vehicle (ROV) was utilised by a civilian company, Maritime Capacity Alliance (MCA), to salvage the wreck during September of the Dutch navy’s NHIndustries NH90 helicopter that crashed in the sea close to Aruba on 19 July. This was the first time that MCA, founded in 2018, had been hired by the Dutch government for this type of operation, the Dutch navy confirmed to Janes on 20 October.

“The Royal Netherlands Navy is not a specialist in salvage operations, apart from our salvage and construction divers. Therefore it was most useful to be able to co-operate with our MCA partners,” a spokesperson for the Dutch navy told Janes .

To salvage the wreckage, the company deployed the multirole subsea construction vessel Volantis and a ROV, a DeepOcean Installer. 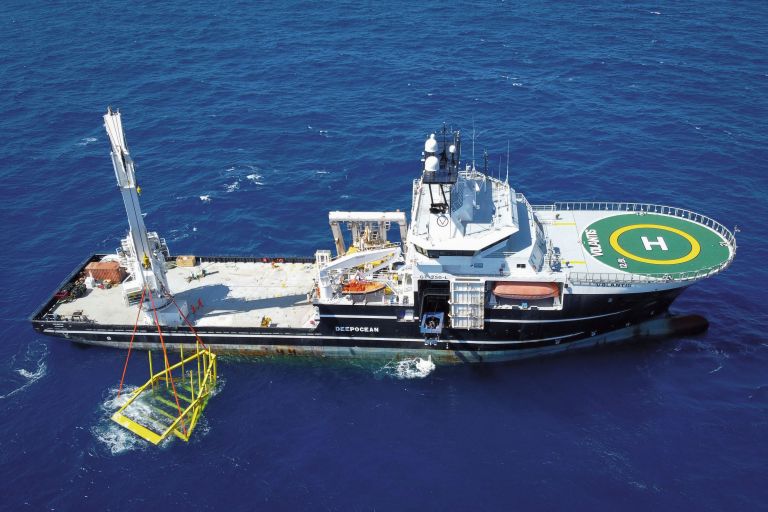 A search-and-survey operation took place between 2-9 August, and the helicopter sections were found in two locations. The salvage of the tail and body took place during 7-8 September.

The tail was located in “about 450 m depth around 12 km off the coast of Aruba,” the Dutch Ministry of Defence (MoD) reported on 9 September. The ship’s lifting cables were attached to the wreckage with the help of the underwater vehicle. The ROV helped attach the hoisting cables to the helicopter’s tail, a Dutch navy spokesperson explained.