The Royal New Zealand Navy (RNZN) has announced that its future fleet tanker/replenishment vessel is expected to sail into Auckland Harbour on 26 June following a 16-day journey from the South Korean coastal city of Ulsan where the 173.2 m-long vessel was built by Hyundai Heavy Industries (HHI).

The auxiliary oiler replenishment (AOR) vessel, which will be known as HMNZS Aotearoa (A 11) once it enters service, is expected to be formally commissioned in late July at the Devonport Naval Base, replacing fleet replenishment tanker Endeavour , which was decommissioned in December 2017. 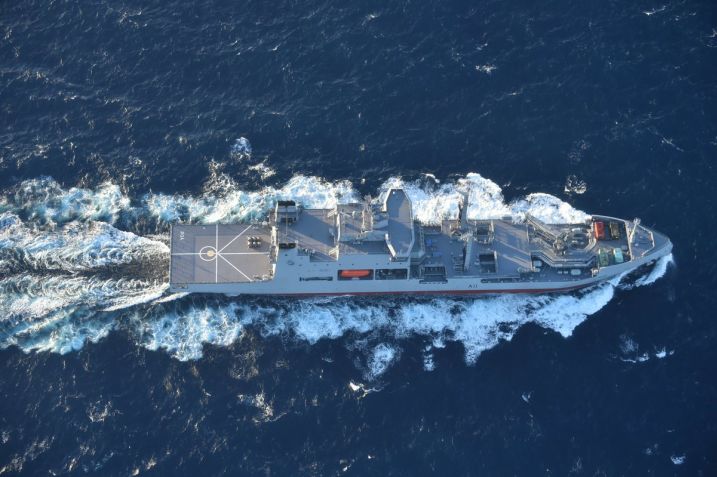 Aotearoa, seen here on its journey from South Korea to New Zealand, is expected to sail into Auckland Harbour on 26 June, according to the RNZN. (New Zealand Defence Force )

The ship’s homeport will be New Plymouth in the country’s western region of Taranaki. Ordered for NZD493 million (USD317 million) in 2016 under New Zealand’s Maritime Sustainment Capability (MSC) programme, the vessel, which has a displacement of 26,000 tonnes, was laid down in August 2018 and launched in April 2019.

Aotearoa , which will be capable of carrying 30% more fuel than Endeavour , will be the largest vessel operated by the RNZN.

The Royal New Zealand Navy (RNZN) has announced that its future fleet tanker/replenishment vessel is...