The Royal Malaysian Navy (RMN) has commissioned the second of four Keris-class Littoral Mission Ships (LMSs) ordered from China as part of a contract awarded in 2017 and renegotiated in 2019.

Named KD Sundang (pennant number 112), the 68.8 m-long vessel, which was built by the Wuchang Shipbuilding Industrial Group, entered service on 5 March in a ceremony held at the RMN’s Kota Kinabalu naval base in Sepanggar – its future homeport.

The warship, which has now joined first-of-class KD Keris (111) in the RMN’s 11th LMS Squadron, had arrived at the base on 24 January: 10 days after being handed over to the service at Qidong, near Shanghai. 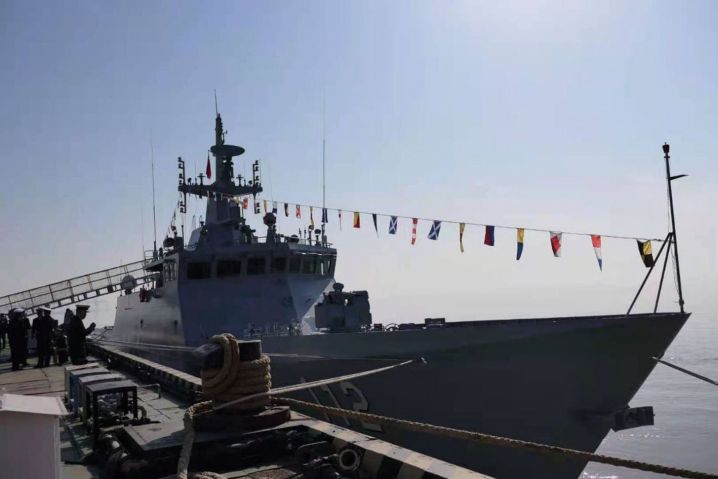 Sundang (pictured here in China during its handover ceremony to the RMN on 14 January) was commissioned into the RMN’s 11th LMS Squadron at Sepanggar in a ceremony held on 5 March. (Royal Malaysian Navy)

Sundang , which was laid down in October 2018 and launched in July 2019, was originally scheduled for delivery in April 2020, but both its delivery and commissioning were delayed due to government measures designed to limit the spread of coronavirus (Covid-19).

The vessel is part of a contract for four LMSs signed in 2017 between Malaysia’s Boustead Naval Shipyard (BNS) and the China Shipbuilding & Offshore International Co. Ltd (CSOC) that marked the Southeast Asian country’s first order for Chinese-made naval vessels.