Dozens of militants attacked a frontier post in Kafolo, northeastern Côte d’Ivoire, on the border with Burkina Faso, on 11 June, from 0300 h onwards. Local reports stated it was a two-pronged attack and included both a military base and the military checkpoint on the border. The post was occupied by soldiers and police. In a communique by the Ivorian Ministry of Defence, 10 security force personnel were killed and six others were wounded, with two police officers reported missing. One militant was reportedly neutralised during the standoff. Meanwhile media reports stated that the army has confirmed at least 12 security forces personnel were killed, and another seven were wounded. Following the attack, the military imposed a curfew in the area, forbidding residents to leave their residences.

No group has claimed responsibility for the attack as of yet, however local officials claimed the attackers were Force de Libération du Macina (FLM) militants. FLM is a faction within Jamaat Nusrat al-Islam wal-Muslimin (JNIM), which is further made up of Harakat Ansar al-Din, Al-Qaeda in the Islamic Maghreb’s Sahara Emirate (AQIM), and al-Mourabitoun militants. The attack marked the first notable attack seemingly conducted by Islamist militants in the country since the March 2016 raid by JNIM predecessor groups – AQIM and al-Mourabitoun – which targeted the Grand-Bassam beach resort in southeast Côte d’Ivoire, killing at least 19 people. 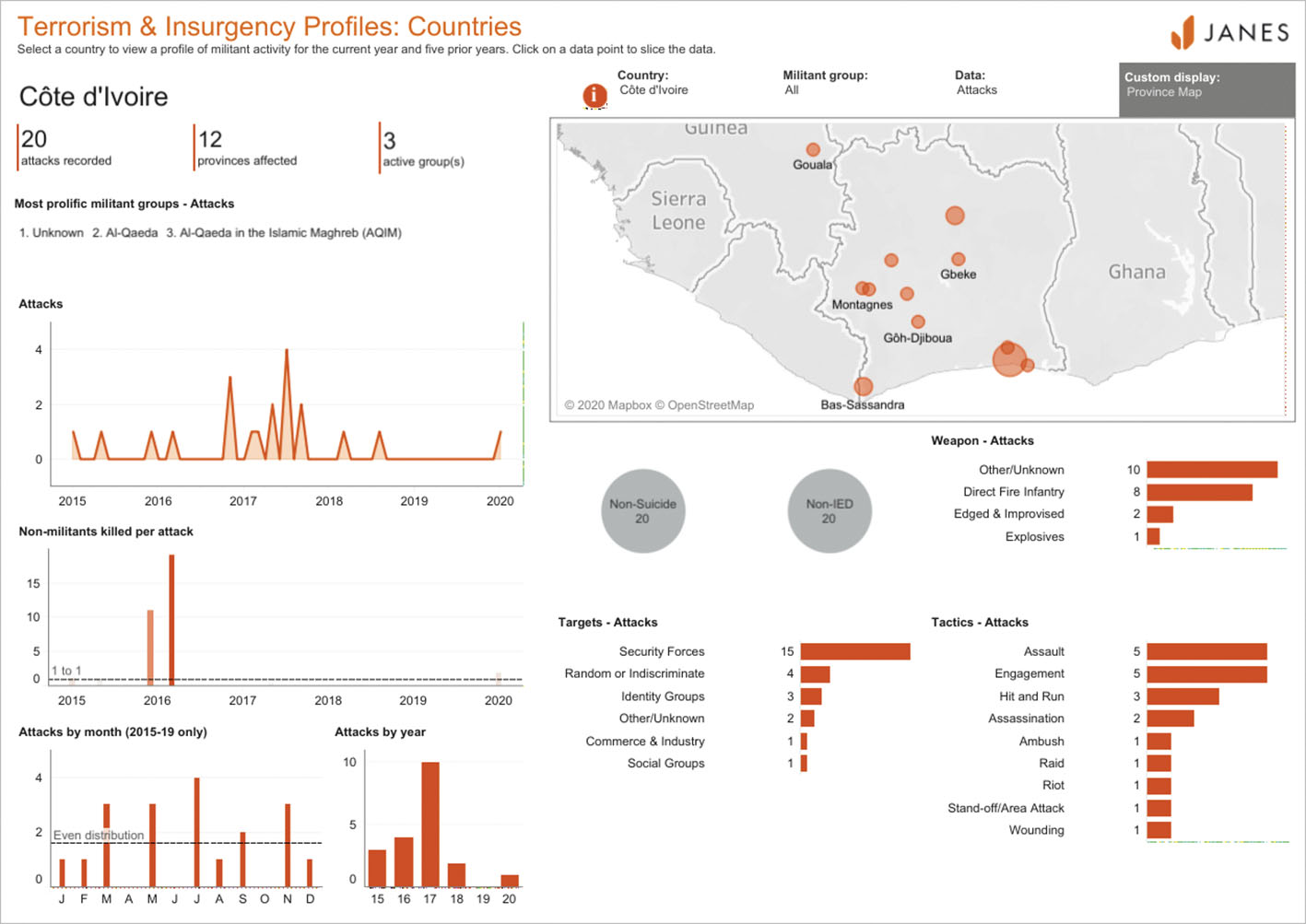 Since the beginning of 2019 there has been a series of attacks, planned assaults, and the discovery ...