Rheinmetall has unveiled the first of three Lynx KF41 infantry fighting vehicles (IFVs) that will compete in test and evaluation trials with an equal number of Hanwha Defense Redback IFVs for the Australian Army’s Project Land 400 Phase 3, also known as the Mounted Close Combat Capability requirement. 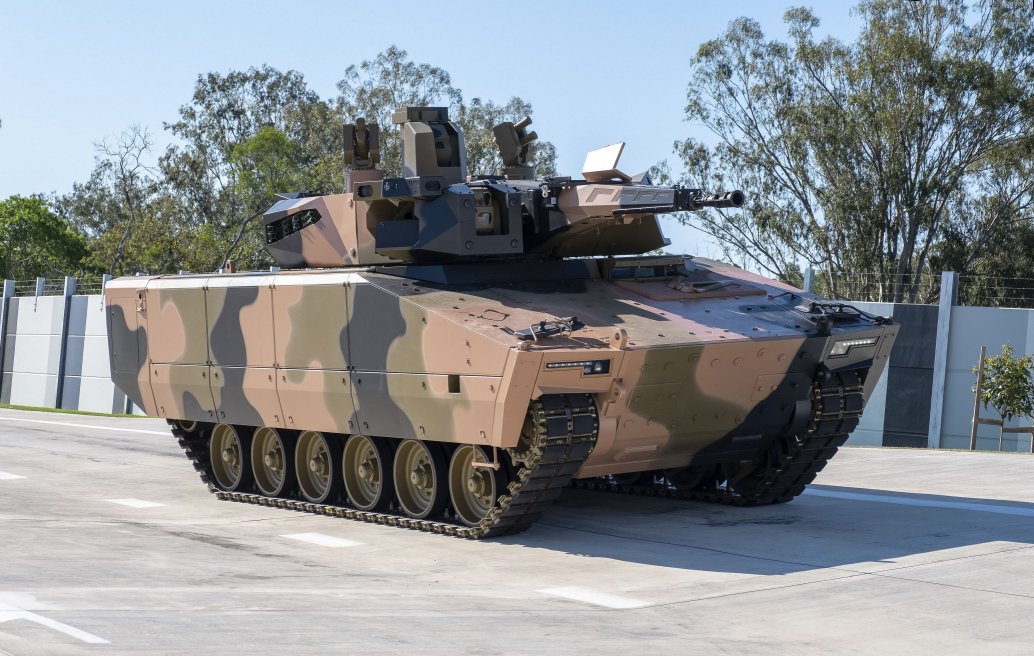 Rheinmetall unveiled on 10 November the first of three Lynx KF41 IFVs that will compete with Hanwha Defense’s AS21 Redbacks for Australia’s Project Land 400 Phase 3. (Rheinmetall)

The German company said that it is delivering the tracked vehicles as part of a Risk Mitigation Activity (RMA) set to be conducted in Australia over a 12-month period starting this month. The RMA trials will incorporate a range of tests including lethality, mobility, and protection the company stated, adding that the vehicle will also be the focus of blast testing at a dedicated facility in the coming months.

The company said that, if selected, the Lynx fleet will be manufactured in Queensland at Rheinmetall’s new Military Vehicle Centre of Excellence (MILVEHCOE) at Redbank, southwest of Brisbane, where the first Lynx vehicle competing for the programme was unveiled.

Project Land 400 Phase 3 will deliver and support up to 450 IFVs and 17 manoeuvre support vehicles to replace the army’s obsolescent M113AS4 armoured personnel carriers, which, although upgraded in recent years, date from the mid-1960s.

Each of the Lynx vehicles used in the RMA trials will incorporate a significant level of Australian industry content, noted Rheinmetall, pointing out that local partners will be announced “in the coming weeks”.