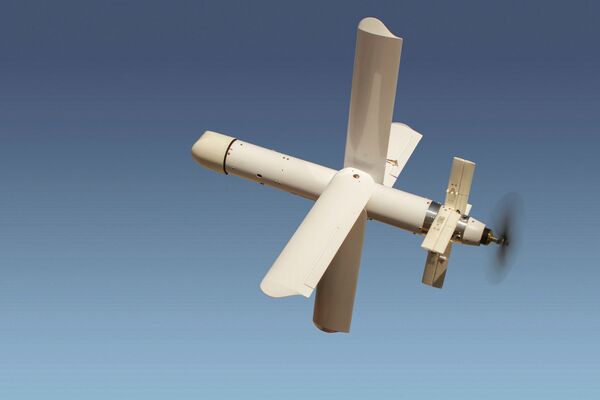 UVision's Hero 30 system has a maximum range of more than 15 km line of sight. (UVision)

Rheinmetall UK and UVision representatives have disclosed to Janes details of the future of their strategic co-operation agreement, which was signed in October 2021.

Speaking at their inaugural Loitering Munition (LM) Symposium in Bristol on 22 March – which was attended by the UK Ministry of Defence (MoD) and the US Department of Defense (DoD) personnel – Simon Valencia, sales director UK & Ireland at Rheinmetall, said that the companies had started working together on undisclosed sales efforts, as well as participation in “several running” European procurement programmes for LMs.

“In recent years and especially in the aftermath of the conflict between Armenia and Azerbaijan in Nagorno- Karabakh, UVision is experiencing a growing interest in its LM portfolio. Due to the reported extensive and successful utilisation of LMs in that conflict, a growing number of inquiries from leading NATO military forces were received,” Valencia said, adding that they have also had co-operation offers from several defence companies from around the world.

UVision and Rheinmetall's strategic agreement is also focused on the transition of UVision LM technologies into Europe. RWM Italia, a fully owned subsidiary of Rheinmetall, leads the ‘Europeanisation‘ process, which will eventually result in production, sales, after-sales support, and joint research and development, company officials confirmed.

RWM Italia, through its warhead development capabilities, will introduce “innovative” Hero warheads alongside providing qualification to EU and NATO standards.

According to Valencia, the partnership has also been working on the integration of Hero LMs on board a variety of Rheinmetall platforms such as the Boxer CRV, the Lynx infantry fighting vehicle (under contract with the Hungarian MoD), and the Mission Master unmanned ground vehicle (UGV).

Rheinmetall UK and UVision representatives have disclosed to Janes details of the future of their st...