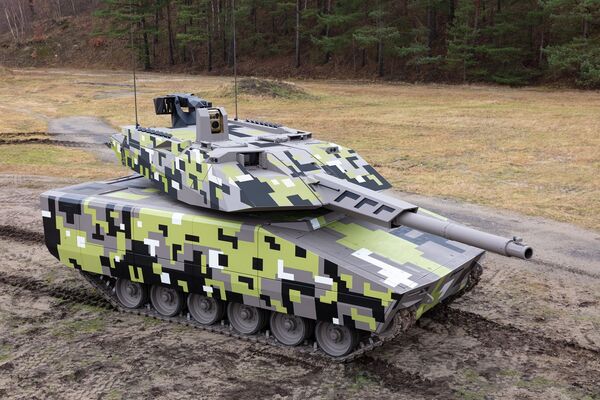 Rheinmetall announced the unveiling of the Lynx 120 mechanised fire support vehicle in a press release on 18 February. The company said the vehicle uses a Lynx KF41 chassis and a scaleable large-calibre turret concept.

The Lynx 120 has off-the-shelf components and its vehicle architecture has been simplified while complying with NATO standards, according to Rheinmetall.

The vehicle is armed with a Rheinmetall 120 mm smoothbore gun based on the main armament of the Leopard 2 main battle tank that can fire DM11 programmable high-explosive rounds. Its secondary armament is a co-axial machine gun and a commander's independent weapon station with an additional 50-cal machine gun.

The unveiling of the Lynx 120 comes four months after Rheinmetall presented the combat support vehicle (CSV) variant of the Lynx KF41 in October 2021.

Rheinmetall announced the unveiling of the Lynx 120 mechanised fire support vehicle in a press relea...