The UK Royal Air Force (RAF) is to trial the use of unmanned aircraft from the decks of the Royal Navy’s (RN’s) two new Queen Elizabeth-class aircraft carriers, the Chief of the Air Staff (CAS) disclosed on 15 July. 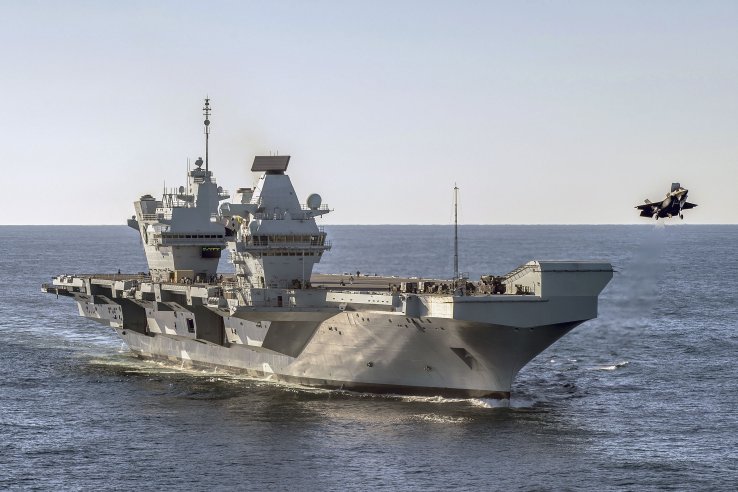 An F-35B launching from HMS Queen Elizabeth . In addition to its complement of manned aircraft, the carrier and its HMS Prince of Wales sister-ship are set to employ swarming drones and unmanned ‘loyal wingman’ depending on the results of upcoming evaluation trials announced by the RAF. (Crown Copyright)

Speaking at the ‘virtual’ Air & Space Power Association conference, Air Chief Marshal Mike Wigston said that work to evaluate the use of swarming drones and unmanned ‘loyal wingmen’ from HMS Queen Elizabeth and HMS Prince of Wales had already begun, and that flight trials are expected shortly.

“We will expand 216 [Experimental - X] Squadron’s operational trials to evaluate the use of swarming drones from our Queen Elizabeth-class aircraft carriers, and we will do the same with our autonomous wingman programme too,” ACM Wigston said. “This is happening now, and further developments are expected towards the end of this year.”

The comments from the CAS came some three months after the RAF stood up 216 Squadron on 1 April for the purpose of developing and delivering an operational ‘swarming drones’ capability, and some 17 months after Janes first reported on 15 February 2019 that the UK was looking to create a carrier-capable unmanned aircraft as part of its wider efforts to develop the Tempest next-generation combat aircraft.

The UK Royal Air Force (RAF) is to trial the use of unmanned aircraft from the decks of the Royal Na...