The Qatari Ministry of Defence confirmed it has ordered Leonardo AW169 helicopters on 15 February when it reported that Minister of State for Defence Affairs Dr Khalid bin Mohammed al-Attiyah had visited the production plant in Italy. 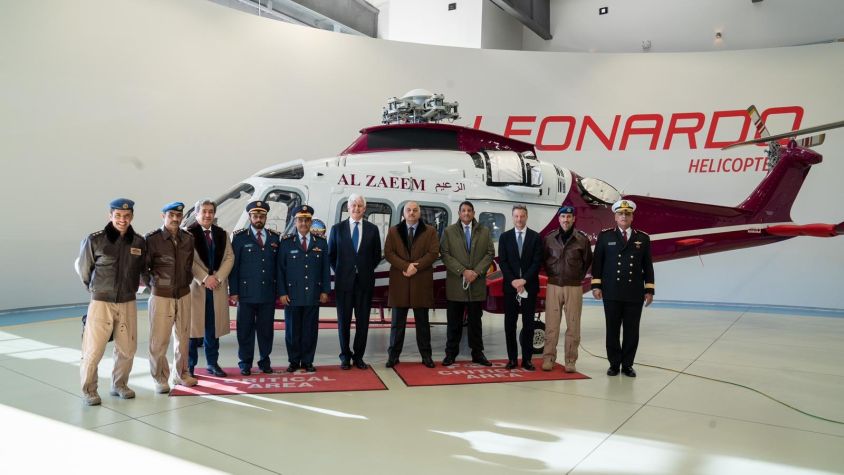 It released photographs showing the minister inspecting the production line and next to a finished AW169 with the markings of Qatar’s Al-Zaeem Air College but did not say how many have been ordered.

Qatar’s AW169 order was not previously announced, but aircraft spotters have photographed at least three in Al-Zaeem colours carrying out flight tests at Leonardo’s facility at Varese-Venegono Airport since June 2020.

Dr Khalid also inspected the progress of Qatar’s order for 12 NH90 NFH naval and 16 NH90 TTH overland helicopters. Leonardo announced in December 2020 that the first of these, a TTH, had made its first flight. The minister was photographed with an unfinished NFH variant fitted with the fairing for its Thales maritime surveillance radar.

During his visit to Leonardo, Dr Khalid, a former air force pilot, was also shown being taken for a flight in an M-346 advanced jet trainer.

The Italian Ministry of Defence announced in November 2020 that Qatar had signed an agreement under which its pilots would be trained at Italy’s International Flight Training School (IFTS). The IFTS is a joint venture by Leonardo and the Italian Air Force that operates M-346s from Galatina Air Base.

The Qatari Ministry of Defence confirmed it has ordered Leonardo AW169 helicopters on 15 February wh...