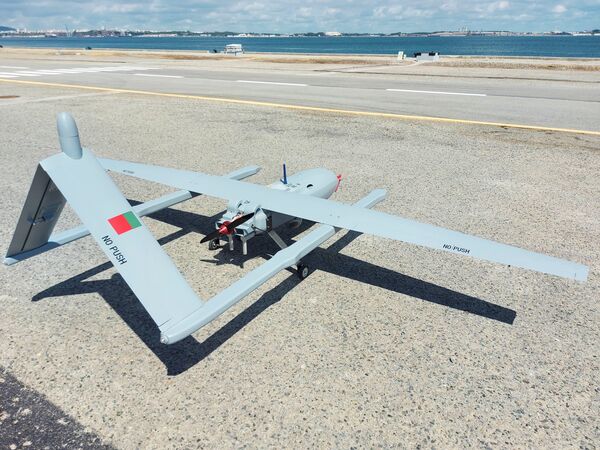 The OGS42 fixed-wing UAV of Portuguese UAVision was fielded to provide situational awareness in support of a range of missions. (Victor Barreira)

Several NATO navies together with the navies of Australia and Brazil, industry, and research organisations have gathered in Portugal to take part in a large-scale experimentation to develop and test operational concepts and requirements, interoperability, technological advances, and new developments in sensors, actuators, command, control, and communications (C3), tactics and procedures on maritime unmanned systems (MUSs) in most maritime operations.

The live exercise (LIVEX) phase of ‘REP(MUS) 21' [Robotic Experimentation Prototyping augmented by Maritime Unmanned Systems] was co-organised by the Portuguese Navy, the University of Porto's Faculty of Engineering, and NATO's Centre for Maritime Research and Experimentation (CMRE) and Maritime Unmanned Systems initiative (MUSI). The LIVEX was conducted from September 13 to 24 over an area of approximately 1,800 sq n miles between Tróia and Sesimbra.

The exercise focused on testing the capabilities of the new generation of MUSs in the three domains – above the water, on the water, and underwater – over a wide range of missions including mine countermeasures (MCM) tactical development and interoperability, over-the-horizon autonomous MCM, anti-submarine warfare (ASW), force protection, harbour protection, multidomain intelligence, surveillance and reconnaissance (ISR), amphibious battlefield preparation, and command-and-control (C2).

Several NATO navies together with the navies of Australia and Brazil, industry, and research organis...