The Tibet Military District of China’s People’s Liberation Army (PLA) is using unmanned aerial vehicles (UAVs) to provide rapid logistical support to troops operating in areas that are either inaccessible by road or where the provision of supplies by road would be put at high risk by enemy forces. 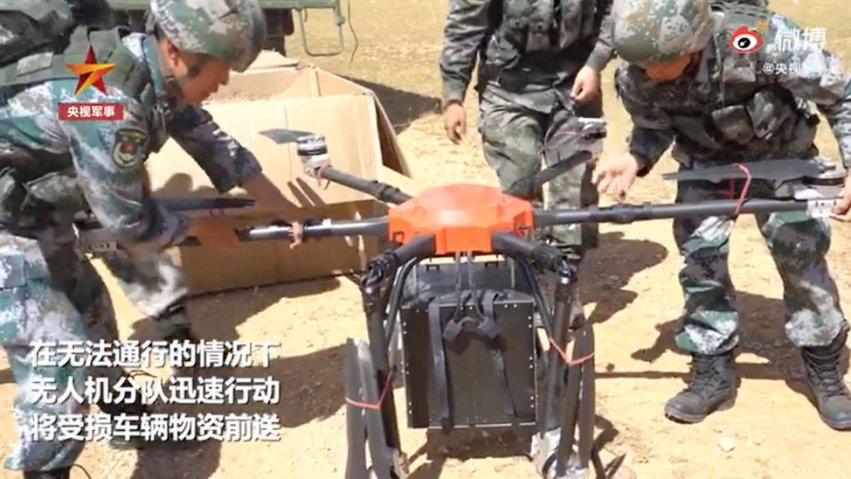 A screengrab from CCTV footage released on 10 September showing one of the six-rotor UAVs operated by the PLA’s Tibet Military District being prepared for take-off. (CCTV)

Video footage released on 10 September by state-owned broadcaster China Central Television (CCTV) showed a number of vertical take-off and landing (VTOL) UAVs carrying boxes packed with food, water, and other supplies to troops at an undisclosed area during exercises held on the Tibetan Plateau at an altitude of 4,500 m above sea level.

The six-rotor UAVs are not seen landing at the site but rather dropping the supplies over a designated area. No details were provided about the designation or the performance of the UAVs.