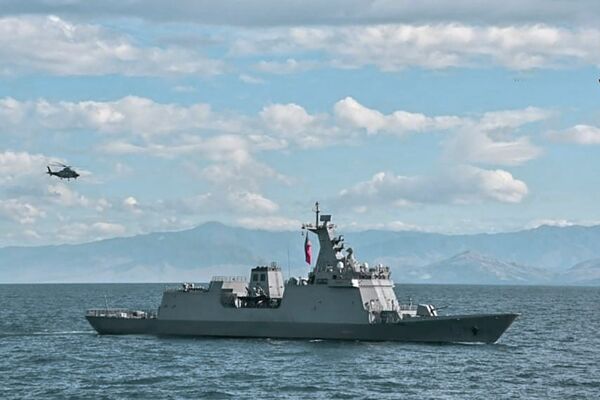 The Philippines is looking to procure two ASW-capable ships to bolster territorial defence capability. The new vessels will support the PN's two José Rizal-class frigates (the second of which is pictured above) procured from South Korea's Hyundai Heavy Industries. (Philippine Navy)

The Philippines Department of Budget and Management (DBM) has released funding to support the procurement of two new corvettes for the Philippine Navy (PN).

According to the DBM, the allocation – formally approved on 10 December – covers a 15% advanced payment requirement, allowing the Department of National Defense (DND) to enter a contract to acquire the vessels from an international supplier.

Commenting on the release of the funds, Defense Secretary Delfin Lorenzana said there were “several steps to be done” before a contract can be signed. He added, “Our target is before the year ends.”

The programme has been delayed for more than a year. Funding was originally expected to be released in early 2020 but was delayed due to the Covid-19 pandemic.

Neither the DBM nor the DND has provided details about prospective corvette suppliers, but South Korea's Hyundai Heavy Industries (HHI) is considered the favourite.

The Philippines has indicated that HHI is the leading contender for the programme, with the PN keen to leverage commonality with its two HHI-constructed José Rizal-class frigates. The PN took delivery of the second of these two vessels in February.

In November 2019 HHI and the DND also signed a memorandum of understanding to support the PN's corvette programme.

The Philippines Department of Budget and Management (DBM) has released funding to support the procur...