The Philippine Air Force (PAF) revealed in its latest ‘Lead One Today’ quarterly e-newsletter that it is expecting delivery this year of the final six of nine Hermes 900 medium-altitude, long-endurance (MALE) unmanned aerial vehicles (UAVs) it ordered from Israel’s Elbit Systems to enhance its intelligence, surveillance, and reconnaissance (ISR] capabilities.

“For ISR capabilities, the PAF is expecting the final delivery of two unmanned aerial system[s] [UASs] composed of [a total of] six Hermes 900[s], ground control station[s], ground data terminal[s], and other support equipment,” said the PAF in the newsletter, indicating that delivery of the first UAS comprising three Hermes 900s has been completed. 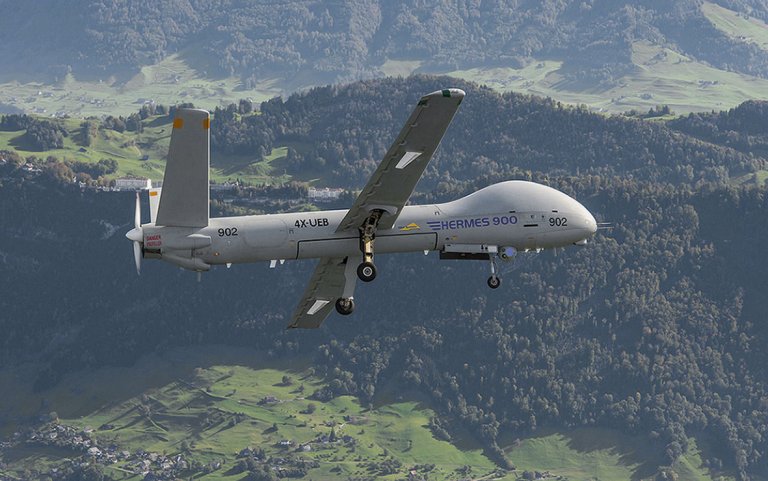 A Hermes 900 MALE UAV during pre-selection trials in Switzerland. The PAF said in late June it is expecting delivery later this year of the final six of nine Hermes 900s ordered from Israel’s Elbit Systems. (Armasuisse)

Images of the first two PAF Hermes 900s emerged on social media in November 2019, and Elbit announced on 7 May 2020 that a maritime patrol-variant of the platform featuring a newly developed rescue capability had recently been handed over to an undisclosed Southeast Asian country. The customer is believed to have been the Philippines.

The procurement of the MALE UAVs is part of the PAF’s ongoing modernisation programme, which also includes the acquisition of three Hermes 450 long-endurance tactical UAVs, two of which were handed over in August 2019.

The Philippine Air Force (PAF) revealed in its latest ‘Lead One Today’ quarterly e-newsletter that i...