The Pentagon Office of the Inspector General (OIG) announced on 11 February that it is evaluating whether the US Air Force (USAF) complied with the Launch Services New Entrant Certification Guide when certifying Space Exploration Technology Corp’s (SpaceX’s) Falcon 9 and Falcon Heavy rockets for military use.

The OIG said it will perform the evaluation at the Air Force Space and Missile Systems Center (AFSMC), the service’s space acquisition branch, and may identify additional locations during the evaluation. New entrants are working toward certifying their launch vehicle capabilities so that they may be allowed to compete for future Pentagon launches. 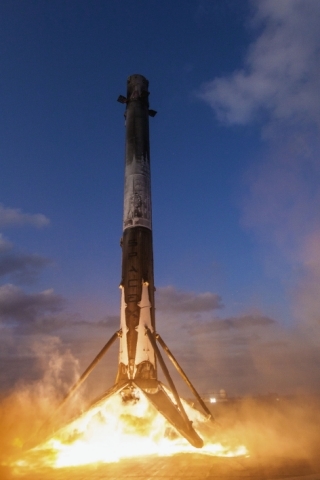 The Pentagon inspector general is investigating the process that went into the US Air Force certifying SpaceX's Falcon 9 rocket for national security launches. (SpaceX)

In the early 2010s, when the guide was developed, Boeing-Lockheed Martin joint venture United Launch Alliance (ULA) was the only provider of Pentagon Evolved Expendable Launch Vehicle (EELV)-class missions. These are the Pentagon’s largest missions.

Pentagon OIG spokesperson Dwrena Allen said on 12 February that this evaluation is a self-initiated project by the office. It is one of the major project’s in the OIG’s expanding oversight focus on the Pentagon’s space, missile defence, and nuclear management challenges. Allen said self-initiated means that the OIG’s subject matter experts decided to conduct the evaluation based on the experience of its subject matter experts.

The Pentagon Office of the Inspector General (OIG) announced on 11 February that it is evaluating wh...