In a 22 September statement Inter-Services Public Relations (ISPR), the media wing of the Pakistani military, said that the third-generation tank “will be employed in [an] offensive role by strike formations [of the Pakistan Army] after induction”. No details were provided as to when the tank will be officially inducted or how many units have been (or will be) ordered.

ISPR, which referred to the VT4 as “potent war fighting machine” integrating “advanced armour protection, manoeuvrability, fire power capabilities and state-of-the-art technology”, pointed out that the capabilities of the tank had been put on display during a demonstration held that same day at the field firing ranges near the city of Jhelum in Pakistan’s Punjab Province. 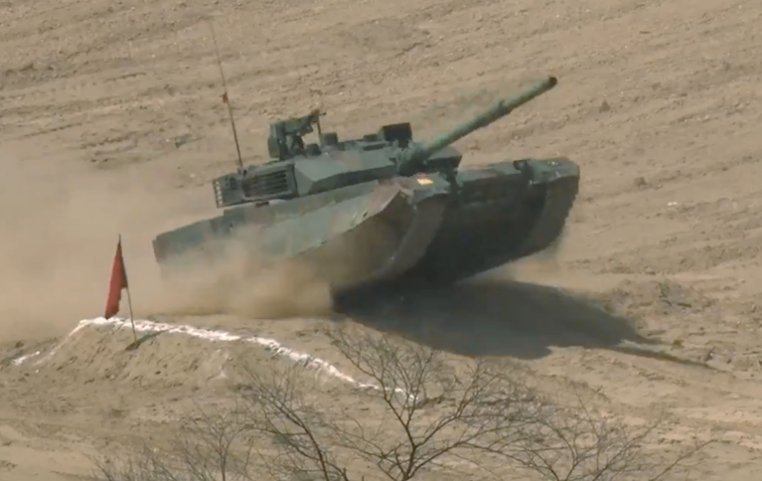 A screengrab from video footage released on 22 September by ISPR showing a VT4 MBT. The capabilities of the Chinese-made tank were demonstrated to Pakistan’s chief of army staff, General Qamar Javed Bajwa, during an event held on 22 September at the field firing ranges near the city of Jhelum in Pakistan’s Punjab Province. (Via ISPR)

A video released by ISPR shows the tank driving through obstacles and firing its 125 mm smoothbore gun and 12.7 mm machine gun in an event attended by senior members of the Pakistan Army (PA), including Chief of Army Staff General Qamar Javed Bajwa.

ISPR noted that Gen Bajwa “expressed satisfaction over [the] demonstrated performance of [the] tank VT4, another addition to [the] inventory of [the] Armoured Corps after [the] recent induction of [the] indigenously produced Al-Khalid-1 Tank”.

Pakistan has confirmed that it plans to induct into service the China North Industries Corporation (...