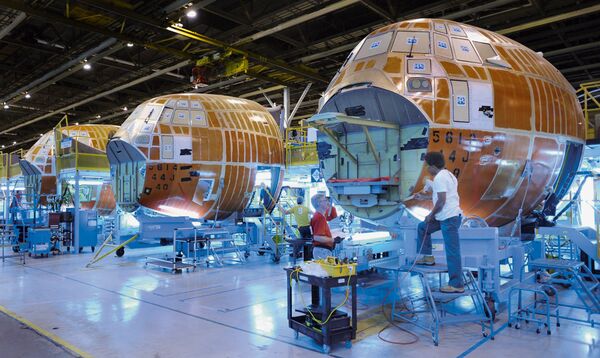 The five Lockheed Martin C-130J-30s Super Hercules to be built for New Zealand will have advanced ISTAR and communications systems. (Lockheed Martin Aeronautics)

The five Lockheed Martin C-130J-30s Super Hercules to be procured by New Zealand will have specialist equipment and sensors.

“In addition to the above [two] specific systems, the NZ [New Zealand] variant will include the ability for video and images to be captured while the aircraft is in use,” the New Zealand Ministry of Defence (MoD) told Janes.

This includes “the ability to live-stream footage back to civilian agencies during humanitarian and disaster relief and search-and-rescue (SAR) missions”, the MoD added.

The five Lockheed Martin C-130J-30s Super Hercules to be procured by New Zealand will have specialis...