Northrop Grumman has hailed a series of world firsts for its RQ-4D Phoenix-based Alliance Ground Surveillance (AGS) system, ahead of NATO’s declaration of initial operating capability (IOC), which is expected imminently. 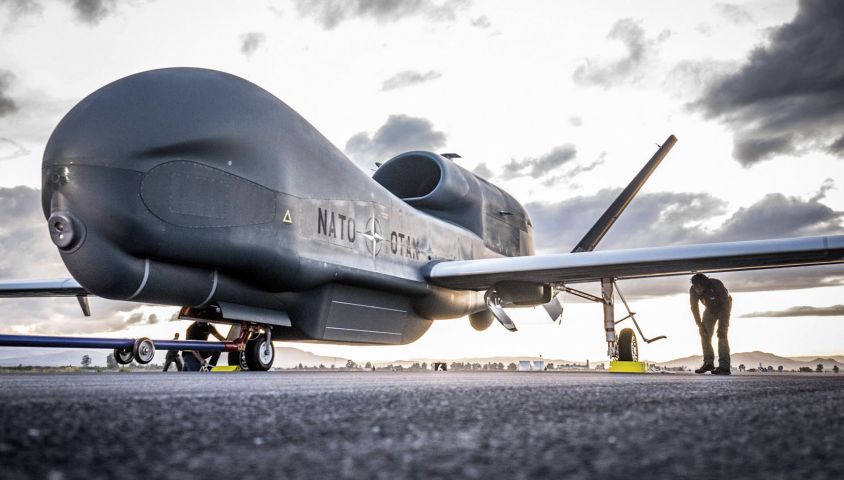 Speaking to Janes, the company’s vice-president for NATO and Global Hawk, Leslie Smith, said that standing up the AGS system had seen Northrop Grumman overcome a series challenges for the safe and successful employment of a large unmanned aerial vehicle (UAV) that had not previously been faced by either industry or an end-user.

“Northrop Grumman has achieved several international firsts in the industry with the NATO AGS programme,” Smith said on 9 December. “Most of the steps we took to deliver the RQ-4D Phoenix to the NATO customer had not been done before.”

Based on five RQ-4 Global Hawk-derived Phoenix high-altitude long-endurance (HALE) UAVs and ground-based elements, the NATO AGS system is designed to provide member nations with a persistent and near-realtime, all-weather, wide-area terrestrial, and maritime surveillance system in support of a range of missions, such as the protection of ground troops and civilian populations, border control, maritime safety, and humanitarian assistance. With all five UAVs recently delivered into Main Operating Base (MOB) Sigonella in Sicily, NATO is expected to declare IOC imminently.

As noted by Smith, “the NATO AGS system is an advanced programme with cutting-edge air and ground technologies and includes the integration of defence systems from numerous countries. Bringing this system to reality required remarkable innovation, performance, and resilience from all involved.”