Northrop Grumman commenced assembly of the first of up to seven MQ-4C Triton high-altitude, long-endurance (HALE) unmanned aerial vehicles (UAVs) for Australia, it announced on 27 October. 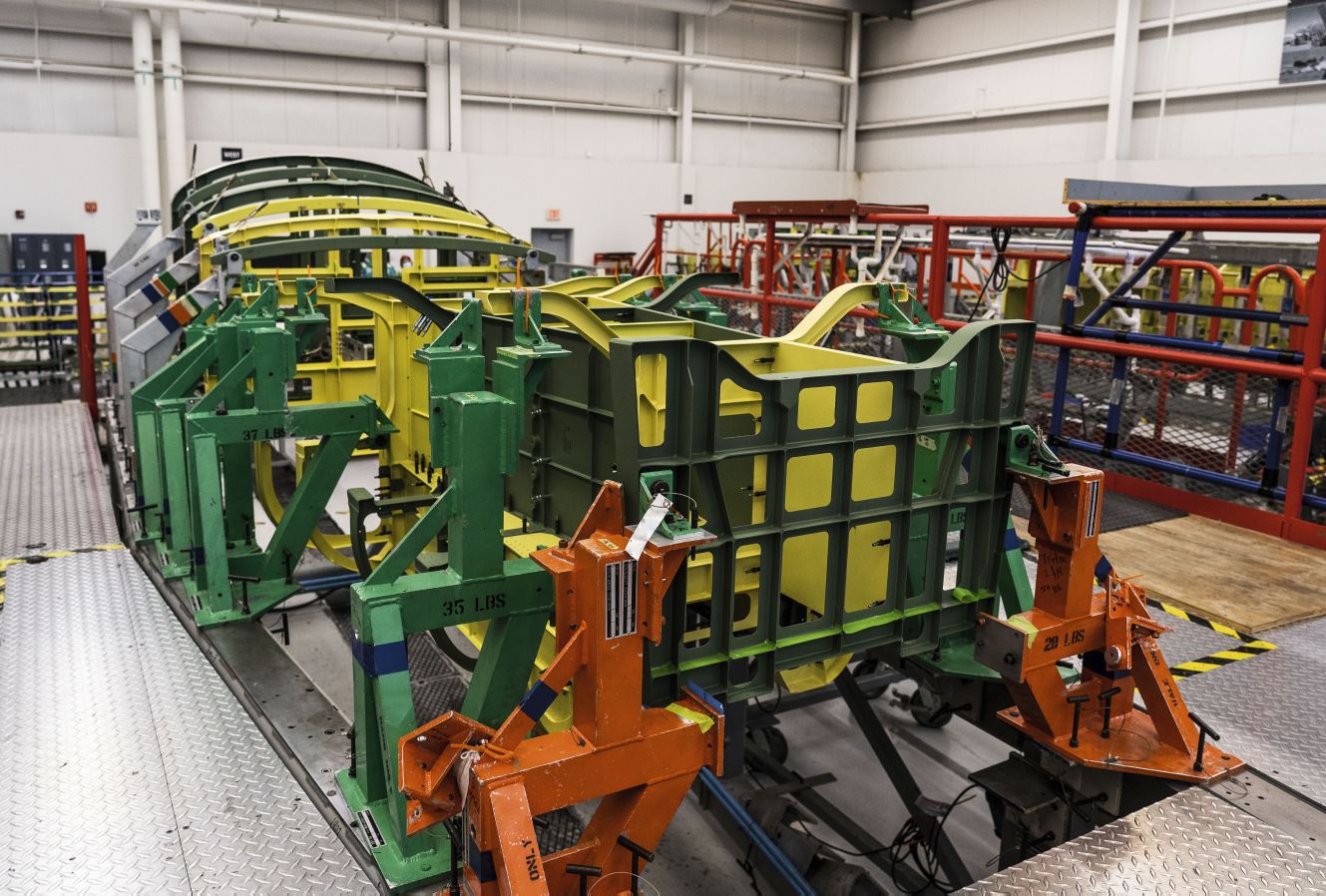 The first jig-load for an Australian Triton UAV was announced on 27 October. The RAAF has three Tritons under contract, and has plans to field up to seven in total. (Northrop Grumman)

The milestone saw the first jig-load for a Triton intelligence, surveillance and reconnaissance (ISR) UAV for the Royal Australian Air Force (RAAF) take place at Northrop Grumman’s Moss Point facility in Mississippi. Final assembly and flight testing will follow at the company’s Palmdale facility and at Edwards Air Force Base in California, ahead of delivery to Australia in 2023.

“The MQ-4C Triton will be a very important ISR capability for Australia,” Air Commodore Terry van Haren, the RAAF’s air attaché to the Australian Embassy in the United States, said during the ceremony that was also attended by senior Australian and US government and military figures. “It is ideally suited for Australian operating conditions, given its high altitude, long endurance, and impressive sensor suite. The Royal Australian Air Force looks forward to operating the MQ-4C alongside its other ISR and response aircraft such as the [Boeing] P-8A Poseidon [maritime multimission aircraft (MMA)].”

Australia currently has three Tritons in the US Navy’s (USN’s) low-rate initial production (LRIP) Lot 5, which also includes two main operating bases, and one forward operating base for the country in an integrated functional capability-four (IFC-4) and multiple intelligence configuration. IFC-4 functionality will add a signals intelligence capability to the UAV’s baseline IFC-3 configuration.

Northrop Grumman commenced assembly of the first of up to seven MQ-4C Triton high-altitude, long-end...