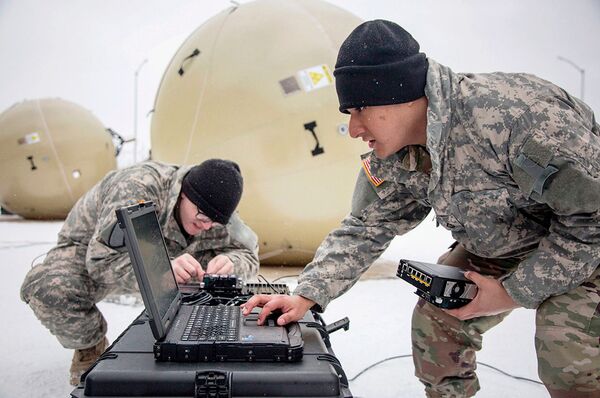 The ongoing research and development work at the US Army's newly established software factory could pave the way for deployable, expeditionary software development teams to support current and future combat operations.

“For a very, very long time, the army got comfortable operating with, with contractors all over the battlefield ... it was sort of commonplace in Iraq and Afghanistan to co-locate contractors with service members to do technically oriented things. But, looking ahead, we might not always be able to find that way,” said US Army Major Vito Errico.

“A future enemy might have the ability to deny us the ability to move contractors and civilians around the battlefield. And that burden of technical competence [for] that last tactical mile of software development or refusing data sets that might fall on a uniform service,” said Maj Errico, who serves as the director of the service's new software factory.

The construct being eyed by officials at the Army Software Factory, which operates under Army Futures Command (AFC), for a proposed software development team or unit would consist of four to five members tasked with providing real-time development support to critical combat software applications.

“Can we experiment with a force design that satisfies a contingency or a need for the future operating [environment] ... where we think the battlefield will be highly technical, more lethal, and potentially disconnected? That [software] product team that we think we are going to be building ... [could] prove out that that is a capability,” Maj Errico said during a recent briefing.

The ongoing research and development work at the US Army's newly established software factory could ...