A new Royal Marine Commando unit is being created as part of the UK’s Future Commando Force, the Royal Navy (RN) announced in a press release on 20 July. The new Vanguard Strike Company will be made up of 150 Royal Marines and British Army Commandos. 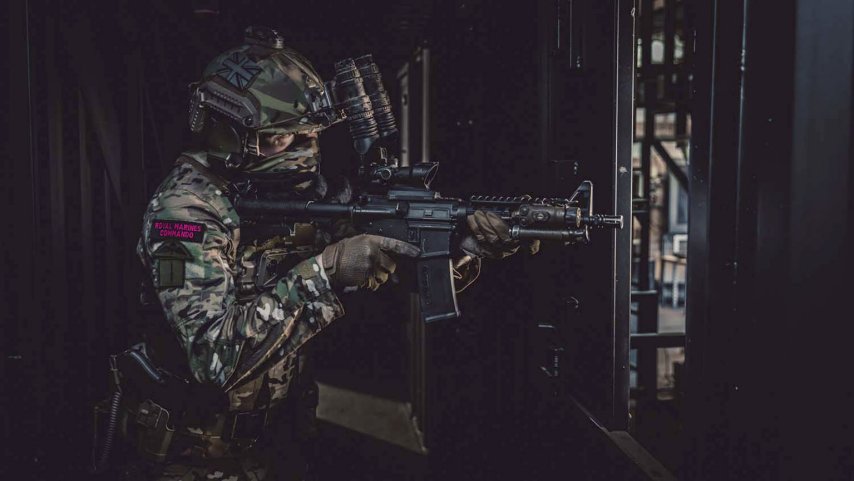 The Royal Marines’ new Vanguard Strike Company will wear a new uniform during its first deployment in mid-2021. (Crown copyright)

Royal Marines commandant general Major General Matt Holmes envisages several high-readiness “networked subunits persistently forward-deployed around the globe, with an array of sophisticated enabling capabilities ... as a capable forward contingency force at the core of the Royal Navy’s Littoral Response Groups.” The commandos will operate in small, versatile mission-tailored teams at immediate readiness to be deployed worldwide, according to the RN, which said missions will include warfighting, commando raids, and humanitarian assistance.

The company is preparing for its first deployment in mid-2021 with equipment, structural, and tactical experimentation, to be followed by more trials later this year. This will be the first practical demonstration of kit, equipment, training, and organisational change necessary to shape the Future Command Force concept, the RN said.

The new kit and equipment includes the ATAC tablet system giving an overview of the battlefield, the unmanned Mast 13 boat, and a lighter-weight, higher tear-strength, fast-drying, more breathable uniform from US company Crye Precision.

A new Royal Marine Commando unit is being created as part of the UK’s Future Commando Force, the Roy...

Additional UK military intelligence personnel are being deployed to overseas locations as part of gr...