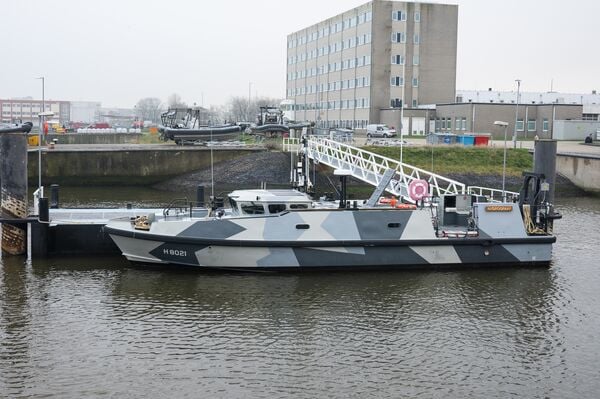 Hydrograaf is equipped with advanced hydrographic, navigation, and communication systems, and has been designed primarily for rapid environmental assessment and shallow-water survey in areas such as harbours and river entrances. It can also be deployed by davit from HrMs Johan de Witt and HrMs Karel Doorman , as well as vessels of opportunity.

Displacing 24 tonne when fully loaded, Hydrograaf has an overall length of 15.7 m, an endurance of 72 hours at a range of 100 n mile, and a top speed of 20 kt. It carries a complement of four personnel – including two crew members and two technicians to operate the hydrographic equipment.

Other features include ballistic protection for machinery spaces, wheelhouse, and gun positions.