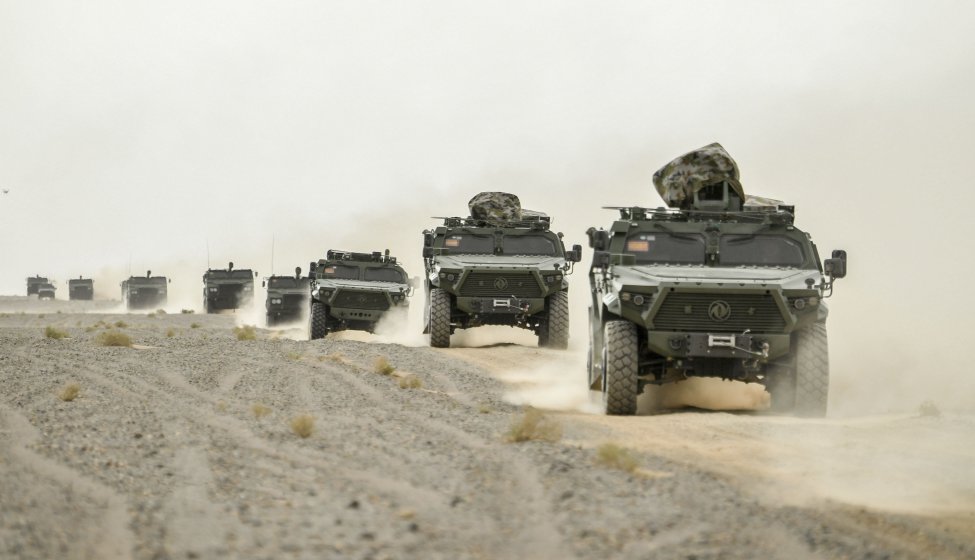 Chinese military vehicles attached to an artillery brigade under the PLA’s 74th Group Army photographed at an undisclosed location on 7 June. Among the vehicles are Dongfeng Mengshi CSK181 4×4 armoured vehicles (front) and several units of the new 155 mm SPH by Norinco (background). (Via China Military Online)

The PLA-sponsored China Military Online website published on 10 June images showing several vehicles belonging to this group army – which is part of the PLA’s Southern Theatre Command – among which were several units of the 6×6 SPH, which is manufactured by China North Industries Corporation (Norinco) and has the export designation SH-15.

The system features an automatic gun-laying system, a semi-automatic ammunition loading system, a digitised control board, and also has room for six personnel in the cabin area (including the driver).

No further details were provided about the 25-tonne SPH or other PLAGF units currently operating the system, which has been in service since at least January 2019.

Chinese state-owned media indicated on 18 May that an artillery company under the People’s Liberatio...