The Dutch Ministry of Defence (MoD) announced on its website on 13 December the downselection of companies bidding to replace its Walrus-class diesel submarines. The ministry said Navantia had been eliminated from the competition, leaving Naval Group, Saab Kockums, and Thyssenkrupp Marine Systems (TKMS) to continue. 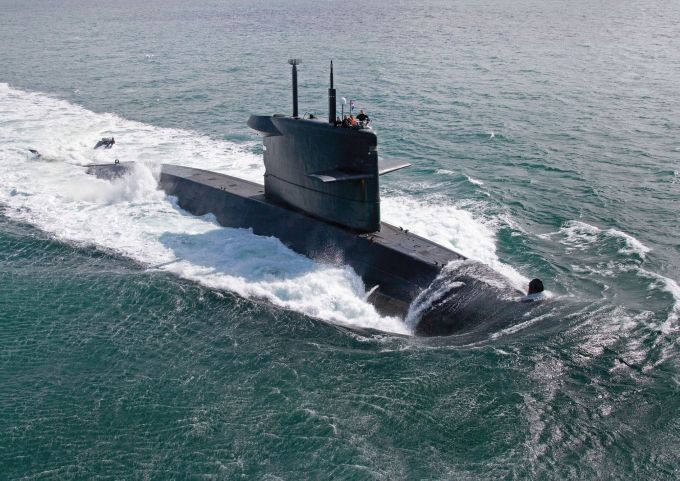 The Dutch MoD has downselected the companies bidding to replace its Walrus-class submarines to Naval Group, Saab Kockums, and TKMS. (Dutch MoD)

The MoD stated the requirements for four long-range, multimission submarines able to operate unseen far from their home base. The next phase of the competition will be judged on factors such as best boat for best price, risk management, and ability to protect the Netherlands' national security interests and strategic autonomy, according to the ministry.

The MoD emphasised the importance of involving the Dutch “shipbuilding cluster, including SMEs [small- and medium-size enterprises]”. State secretary for defence Barbara Visser said, “The Netherlands’ shipbuilding sector must obtain the best possible position in the supply chains of foreign shipyards. A good position as supplier offers Dutch companies and knowledge institutes the chance to increase their own knowledge and that of their customers, benefitting [the Ministry of] Defence.”

Saab said in a 13 December press release that it had teamed with Dutch shipbuilder Damen Shipyards to develop an expeditionary submarine to replace the Walrus class, based on the Swedish A26 submarine and the experience of the Swedish-designed Collins-class submarine in service with the Royal Australian Navy.

Naval Group has partnered with Dutch systems integration and subsea system company Royal IHC to offer what the French shipbuilder envisaged in a 13 December press release with an operational profile “very much in line with the mission capabilities of the conventionally powered Barracuda family submarine”.

The Dutch Ministry of Defence (MoD) announced on its website on 13 December the downselection of com...

A delegation of representatives from German shipbuilder Thyssen-Krupp Marine Systems (TKMS) has arri...

The Philippines has revealed more details about its plans to acquire its first-ever diesel-electric ...