The Dutch Defence Materiel Organisation (DMO) has signed a contract with BAE Systems for the mid-life upgrade (MLU) of 122 CV9035NL infantry fighting vehicles (IFVs) of the Royal Netherlands Army (RNLA), the company announced in a press release on 14 January. The contract, valued at over USD500 million, includes an option to upgrade 19 more CV90s. 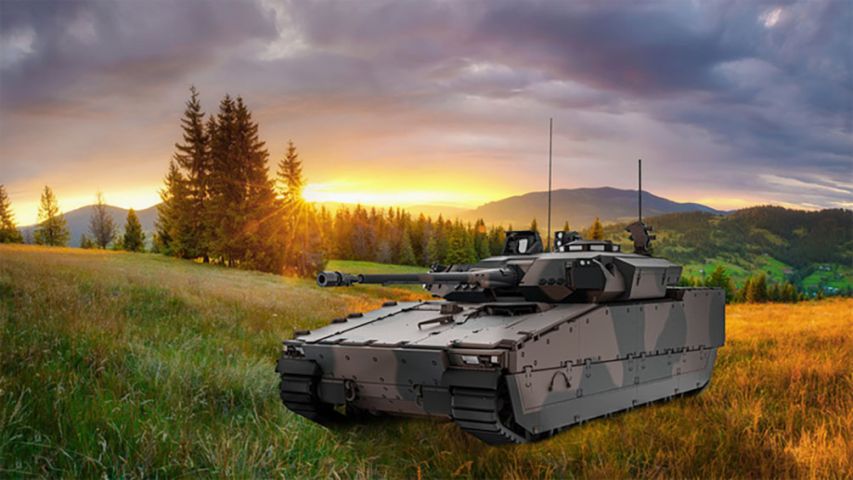 The DMO has signed a contract with BAE Systems for the MLU of 122 RNLA CV9035NL IFVs. (BAE Systems)

BAE Systems said the upgrade, which includes a new turret, will improve the IFV's capabilities, crew protection and ergonomics. The CV90's 35 mm main armament will be repositioned to improve vehicle balance and allow the introduction of new weapons, increasing lethality, according to BAE Systems.

The company said the new CV90 turret was developed by BAE Systems Hägglunds in Örnsköldsvik, Sweden, based on the combat experience, continuous vehicle improvements, and data analysis of the CV90 User Club's seven members: Denmark, Estonia, Finland, Norway, Sweden, Switzerland, and the Netherlands. The improvements are also based on a recent RNLA study and BAE Systems’ analysis of cognitive load on IFV crews to address man-machine interaction, resulting in advantages like the ability to choose intuitive and effective modes of operation and reducing the time it takes to detect, identify, decide, and engage.

BAE Systems reported that work is already underway to equip the CV9035 with an active protection system (APS), anti-tank missiles, and a new electro-optic aiming system. The company announced the first firing of a Spike long-range missile by a CV90 in January 2020 and was selected by the RNLA to integrate Elbit Systems’ Iron Fist APS into 90 IFVs in September 2019. In addition, the MLU includes a fourth generation digital backbone with embedded, more robust cyber security.